The Times of Earth, International Edition
0
642 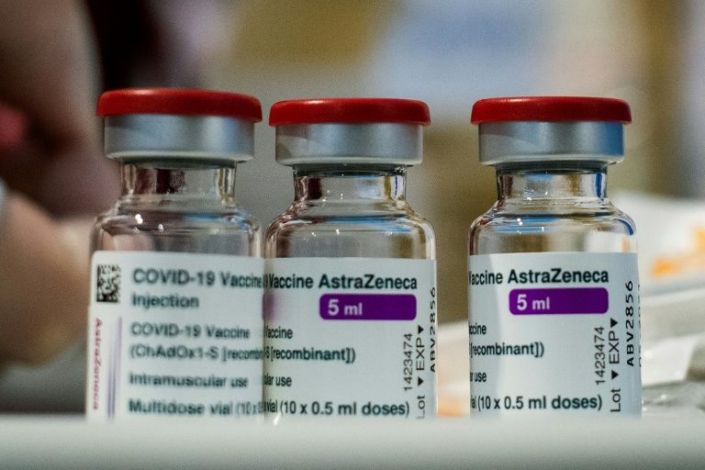 Italy's order blocking a shipment to Australia of AstraZeneca's vaccine was accepted by the European Commission, which has fiercely criticised the Anglo-Swedish company for supplying just a fraction of the doses it had promised to deliver to the bloc. AFP

Italy said Thursday it has blocked a shipment to Australia of AstraZeneca’s Covid-19 vaccine in the first such export ban under an EU vaccine monitoring scheme.

Rome’s order blocking the dispatch of more than 250,000 doses was accepted by the European Commission, which has fiercely criticised the Anglo-Swedish company this year for supplying just a fraction of the vaccine doses it had promised to deliver to the bloc.

The shipment was stopped because of the “continuing shortage of vaccines in the EU and in Italy and delays in supplies from AstraZeneca to the EU and Italy,” the Italian foreign ministry said in a statement.

It was also blocked because Australia is not considered a “vulnerable” country in the context of the pandemic, and because of the “high number of doses” requested.

The ministry said AstraZeneca requested an export permit on February 24, and Rome forwarded the request to the European Commission two days later, proposing its rejection.

The EU executive body agreed, and the Italian government — whose new Prime Minister Mario Draghi has pledged to ramp up national vaccination efforts — notified AstraZeneca of its decision on March 2.

The ministry said Italy had previously authorised the export of AstraZeneca vaccine samples, but only in “modest quantities … for scientific research purposes.”

The doses came from a plant in Italy operated by AstraZeneca to produce some of its vaccine, one of three authorised for use in the EU alongside the BioNTech/Pfizer and Moderna versions.

Under the commission’s “transparency and authorisation mechanism” EU member states vet planned exports out of the bloc of authorised Covid-19 vaccines.

The scheme started on January 30 and is to run until at least the end of March.

That period corresponds to a sharp shortfall in the first three months of this year of deliveries the EU had been counting on to kickstart its vaccine roll-out.

Most the shortfall is because AstraZeneca has pledged “best reasonable efforts” to deliver around 100 million doses in that time, but is now on track to supply just 40 percent of that.

At the same time, the UK-based company is fully supplying former EU member Britain with doses for its world-leading vaccination programme.

Australia started its inoculation rollout last week using the BioNTech/Pfizer vaccine. It is scheduled to start jabs with the AstraZeneca vaccine from Friday.

The World Health Organization in January said the EU export vetting scheme is part of a “very worrying trend” that could jeopardise global supply chains for vaccines. The EU is one of the world’s vaccine-producing powerhouses.

Under the EU scheme, a company wanting to export doses out of the bloc needs to apply to the member state government to do so.

That government then notifies the commission, which looks to see if the company is respecting its contracts, including with the EU, and if any production shortages are equally spread out between the EU and the export destination.

The member state can authorise or refuse the export in line with the commission’s opinion.

The commission and Italy’s government have come in for sharp criticism by Italians for a slow vaccination rollout, which started in December but has been held up by a lack of doses.

So far, 1.5 million adults, mainly the elderly and health workers, have been fully vaccinated in the country of 60 million — one of the worst-hit by the pandemic, with almost 100,000 deaths from Covid-19.