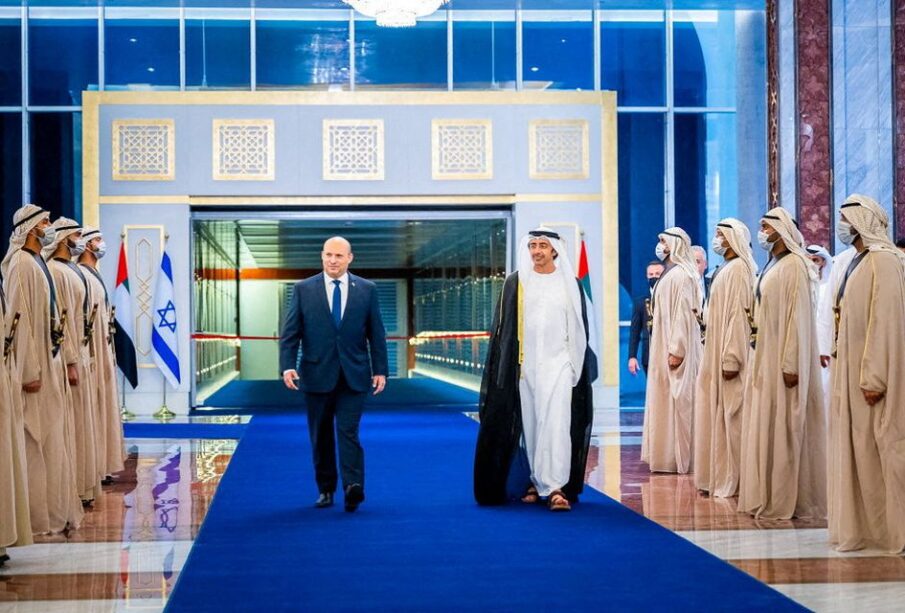 Israeli Prime Minister Naftali Bennett will discuss Iran as well as bilateral issues during his landmark meeting with the de facto ruler of the United Arab Emirates on Monday, an Israeli envoy said, following outreach by the Gulf state to Tehran.

Shared concern about Iranian activity was among reasons for the formalisation of Israel-UAE relations last year under a U.S.-led regional initiative known as the Abraham Accords.https://f19e80c57622bf8d5f9b01f23cb9e6c6.safeframe.googlesyndication.com/safeframe/1-0-38/html/container.html

With world powers now trying to renew an Iran nuclear deal, Abu Dhabi last week sent an top envoy to its Persian neighbour. A U.S. delegation is due in UAE this week to warn Emirati banks against non-compliance with Iran sanctions.

Iran is Israel’s arch-foe. But it has not been mentioned publicly by Bennett since he set off on Sunday for the first visit by an Israeli premier to UAE with pledges to promote bilateral commerce and other forms of civilian cooperation. read more

“I suppose that it will not be a secret that this subject (Iran) will certainly come up” in Bennett’s meeting with Abu Dhabi Crown Prince Sheikh Mohammed bin Zayed al-Nahyan, the Israeli ambassador to Abu Dhabi, Amir Hayek, said.

Hayek declined to elaborate on any discussion of Iran. “The prime minister did not only come here solely to address the Iranian issue,” he told Israel’s Army Radio in an interview.

Israel last month broached setting up joint defences against Iran with Gulf Arab states. Hayek said military sales to UAE are in the works, though Israeli industry sources say advanced Israeli air defence systems have yet to be offered.

Israel-UAE bilateral trade in goods alone reached nearly $500 million so far in 2021 – up from $125 million in 2020 – and is expected to continue growing rapidly.