The Times of Earth, International Edition
0
285 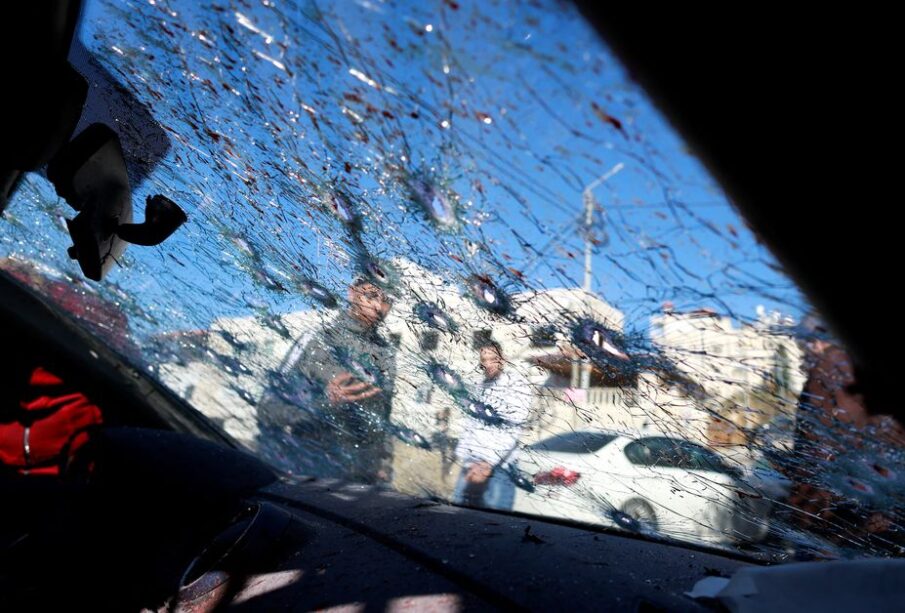 People inspect the scene where three Palestinian gunmen were killed by Israeli forces, in Nablus in the Israeli-occupied West Bank February 8, 2022. REUTERS/Mohamad Torokman

Israeli security forces killed three gunmen from the Palestinian militant group Islamic Jihad in a shootout in the occupied West Bank on Saturday.

“This is a terrorist cell that has been involved in terrorist activity against security forces recently, and was apparently on its way to another attack,” the police said.

Tensions have risen over the past week after a string of deadly Arab attacks in Israel. Officials have warned about a potential surge in assaults in the run-up to Saturday’s start of the Muslim holy month of Ramadan, a period during which violence has surged in the past.

On Tuesday, a Palestinian gunman shot dead five people in the Israeli city of Bnei Brak before he was killed by police. The shooting raised to 11 the number of people killed by Arab attackers in Israel within a week.

Israeli forces shot dead three Palestinians in West Bank clashes on Thursday and Friday and a Palestinian stabbed a passenger on an Israeli bus near a Jewish settlement and was shot dead by another passenger.