The Times of Earth, International Edition
0
819 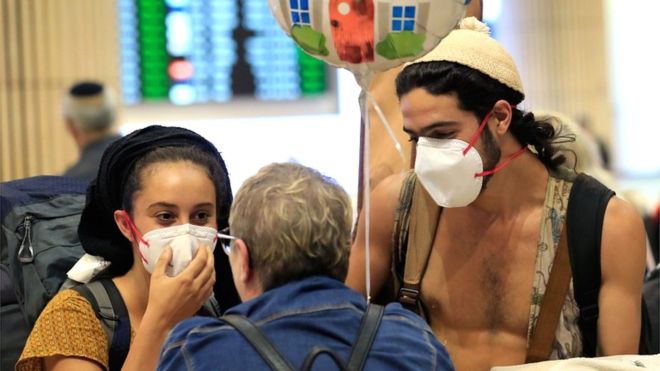 All arrivals in Israel will have to self-quarantine for the next two weeks. AFP

Israel will require all citizens who return from abroad to self-quarantine for 14 days as a precaution against the spread of coronavirus, Prime Minister Benjamin Netanyahu said.

It will admit foreigners only if they can prove they have the means to self-quarantine, Israeli media said, adding this measure would go into effect on Thursday.

“All those coming to Israel from abroad will be placed in isolation for 14 days,” he said on his Twitter account.

Interior Minister Aryeh Deri said the measure would be effective immediately for all Israelis returning to the country.

They will have to prove they have adequate accommodation to be quarantined during their stay in the country.

“After a day of complex discussions, we made a decision: everyone who comes to Israel from abroad will enter the 14-day isolation,” Netanyahu said in a statement.

He added the ruling would be valid for two weeks.

The measure means some 300,000 citizens in a country of around nine million would need to self-isolate, Israeli media report.

Israel has so far recorded 42 cases of Covid-19, and no deaths.

It has already imposed restrictions on travellers arriving from several countries including Italy, the worst-hit European country.