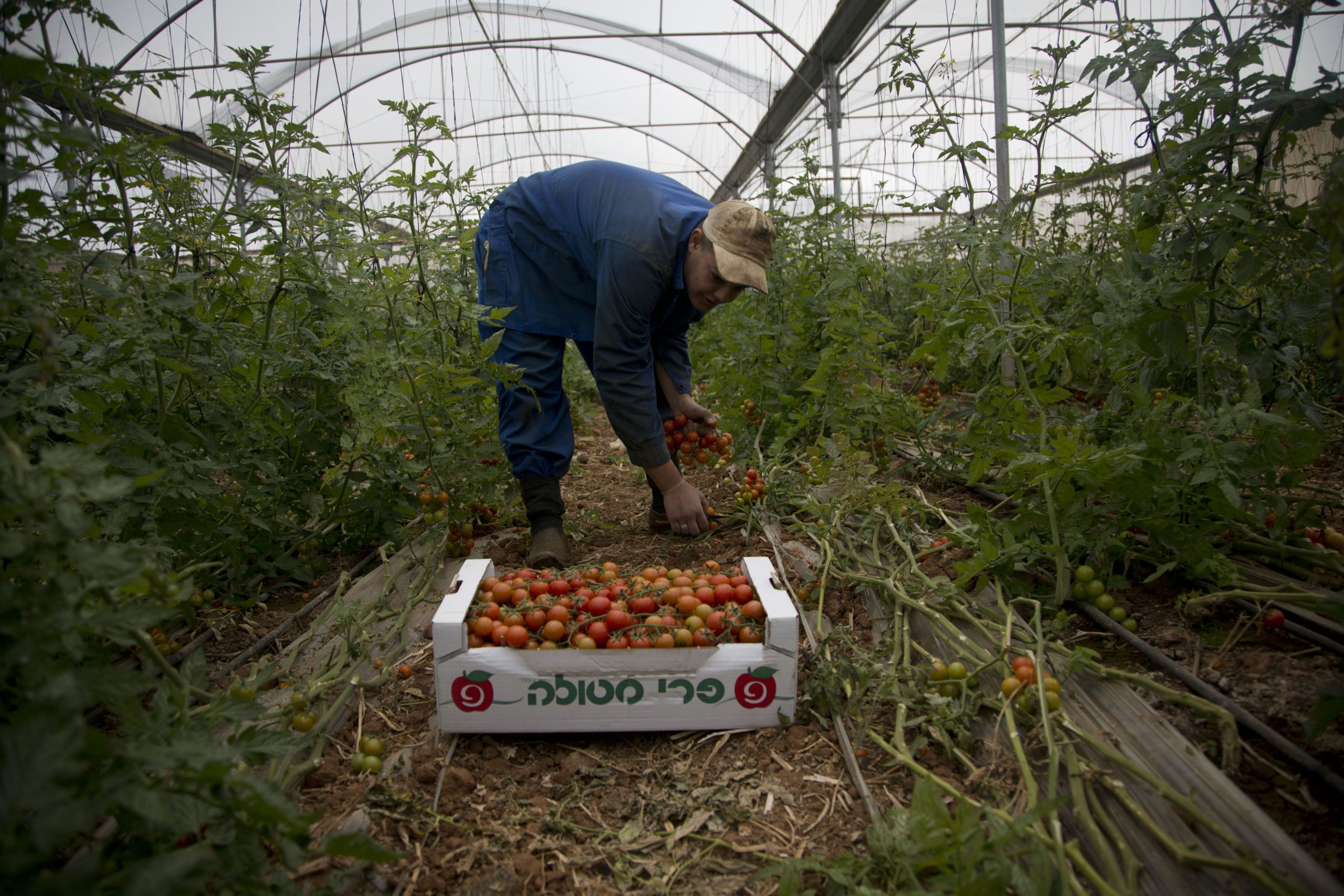 Palestinian farmer harvests tomatoes in Jordan Valley in the West Bank, Monday, Feb. 10, 2020. The Israeli military blocked Palestinian agricultural exports on Sunday in the latest escalation of a monthslong trade war that comes amid fears of renewed violence as well. Following Defense Minister Naftali Bennett's instruction, the military said it would not allow the Palestinians to transfer their products through their land crossing to Jordan, the West Bank's only direct export route to the outside world. (AP Photo/Majdi Mohammed)

Israel’s defense minister said Thursday that the country would allow Palestinian agricultural exports, a move aimed at defusing what has been an escalating trade crisis that had heightened Israeli-Palestinian tensions.

Israeli Defense Minister Naftali Bennett said in a statement that Israel would allow the agricultural exports after the Palestinians began accepting Israeli beef. There was no immediate comment from Palestinian officials.

The ratcheting down of the trade crisis comes as tensions between Israel and the Palestinians are high following the unveiling last month of President Donald Trump’s Mideast initiative, which is hugely favorable to Israel. The Palestinians have rejected the plan outright.

The trade crisis erupted in September, when the Palestinians decided to stop importing beef from Israel. The Palestinian Authority claimed most of the 120,000 head of cattle they imported monthly from Israel was itself imported and that they therefore preferred to import directly from abroad. The move appeared aimed at reducing the Palestinians’ economic dependence on Israel.-

Shortly after the September announcement, Israeli cattle ranchers saw a drop in their market and pressured Israeli authorities to take action. Bennett retaliated with a ban on Palestinian beef and other products, triggering the Palestinians to expand their boycott, and stop importing Israeli vegetables, fruits, beverages and mineral water

The Palestinians said their actions are aimed at pressuring Israel into revoking its ban, while Israel said normal trade would be restored the moment the Palestinians reverse the cattle ban that sparked the crisis.