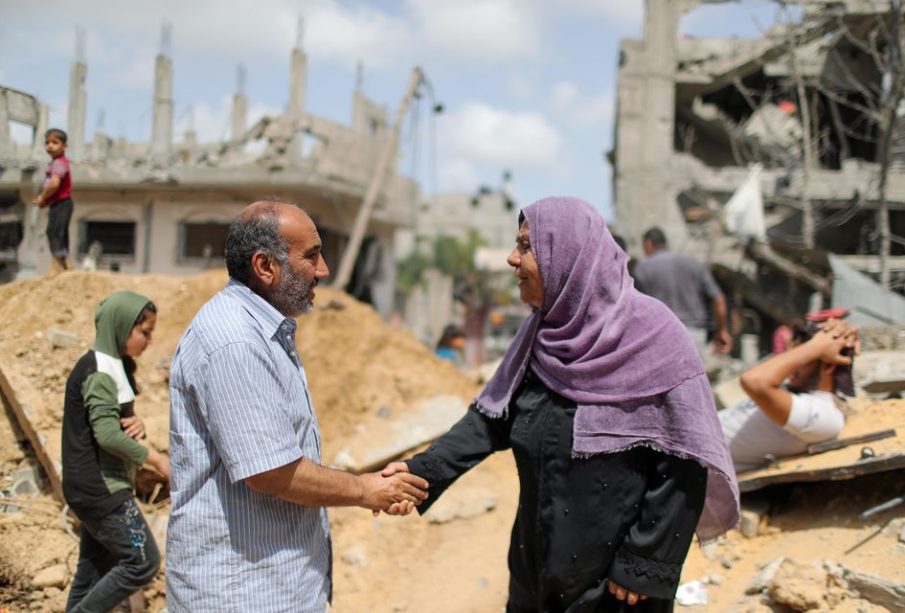 A ceasefire between Israel and Hamas-led Palestinian militants in the Gaza Strip held on Saturday as Egyptian mediators pressed on with talks with the two sides on securing longer-term calm, officials said.

The ceasefire began before dawn on Friday, and Palestinians and Israelis are now assessing the damage from 11 days of hostilities in which Israel pounded Gaza with air strikes and militants fired barrages of rockets at Israel.

Palestinian officials put the reconstruction costs at tens of millions of dollars and medical officials said 248 people had been killed in Gaza. The devastation has raised concerns about the humanitarian situation in the densely populated enclave.

Economists said the fighting could curb Israel’s economic recovery from the COVID-19 pandemic and medics said Palestinian attacks killed 13 people in Israel, where the rocket attacks caused panic in some communities.

A source familiar with planning said U.S. Secretary of State would visit Israel and the Palestinian Authority in the occupied West Bank on Wednesday and Thursday, hoping to build on the ceasefire mediated by Egypt with U.S. support.

Egypt sent a delegation to Israel on Friday to discuss ways of firming up the ceasefire, including with aid for Palestinians in Gaza, Hamas officials told Reuters.

The delegates have since been shuttling between Israel and Gaza, with talks continuing on Saturday, the officials said.

Despite confrontations between Israeli police and Palestinian protesters at a Jerusalem holy site on Friday, there were no reports of Hamas rocket launches from Gaza or Israeli military strikes on the enclave as of Saturday morning.

U.S. President Joe Biden said on Thursday that Washington would work with the United Nations on bringing humanitarian and reconstruction assistance to Gaza, with safeguards against funds being used to arm Hamas, which the West deems a terrorist group.

The State Department announced Blinken’s visit on Thursday, without announcing dates, and said he would “discuss recovery efforts and working together to build better futures for Israelis and Palestinians”.

The source familiar with planning for Blinken’s visit said the top U.S. diplomat would visit Egypt and Jordan as well as the Palestinian Authority, which is run by Hamas’ rival, Palestinian President Mahmoud Abbas.

World Health Organization spokeswoman Margaret Harris said on Friday Gaza’s health facilities were in danger of being overwhelmed by the thousands of injuries, and called for immediate access into Gaza for health supplies and personnel.

“How can the world call itself civilised?” Gaza resident Abu Ali asked, standing next to the rubble of a 14-storey tower block.

Gaza has for years been subjected to an Israeli blockade that restricts the passage of people and goods, as well as restrictions by Egypt.

Israel said its forces killed more than 200 fighters from Hamas and allied faction Islamic Jihad, and that at least 17 civilian fatalities in Gaza were caused by militants’ rockets falling short.

In a cafe in the Israeli port city of Ashdod, north of Gaza, student Dan Kiri, 25, said Israel should continue attacking Hamas until it collapsed.

“It’s only a matter of time until the next operation in Gaza,” he said.