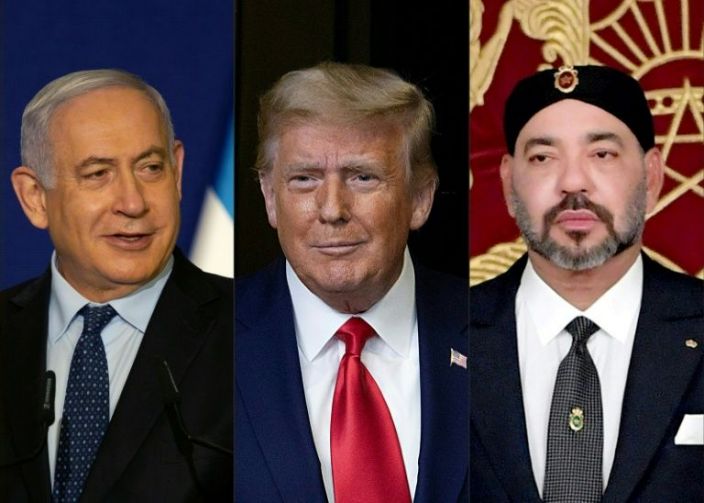 US President Donald Trump announced Thursday that Morocco is now the fourth Arab state this year to recognize Israel in a diplomatic breakthrough that also sees Washington backing Moroccan rule over the disputed Western Sahara region.

Trump tweeted that “Israel and the Kingdom of Morocco have agreed to full diplomatic relations – a massive breakthrough for peace in the Middle East!”

The White House said Trump and Morocco’s King Mohammed VI spoke by phone and the Moroccan leader said he was agreeing “to resume diplomatic relations between Morocco and Israel and expand economic and cultural cooperation to advance regional stability.”

The US president also “recognized Moroccan sovereignty over the entire Western Sahara territory,” the White House said in a statement.

Trump — due to leave office on January 20, despite unprecedented and so far failed attempts to overturn the US election result — has racked up historic advances in bringing Israel and Arab states together.

The US diplomatic push has allowed Israel to weaken the Arab world’s previously united front over the Palestinians’ struggle for statehood as their top priority in relations with the Israelis.

The biggest prize for Washington would be getting Saudi Arabia to normalize ties with Israel. While this still appears to be some way off, Trump’s son-in-law and senior advisor Jared Kushner told reporters that the Saudis would come on board.

“Israel and Saudi Arabia coming together and having full normalization at this point is an inevitability, but the timeframe, obviously, will come — is something that has to be worked out,” Kushner said after the news about Morocco was announced.

For Morocco, the shift appears to have been compensated with Washington’s backing for its disputed rule over the vast Western Sahara area, a former Spanish colony.

Morocco controls 80 percent of the territory, including its phosphate deposits and its fishing waters.

But the Algerian-backed Polisario Front, which fought a war for independence from 1975 to 1991, demands a referendum on self-determination.

Trump issued a proclamation formalizing the new US position and tweeted that “Morocco’s serious, credible, and realistic autonomy proposal is the ONLY basis for a just and lasting solution for enduring peace and prosperity!” in Western Sahara.