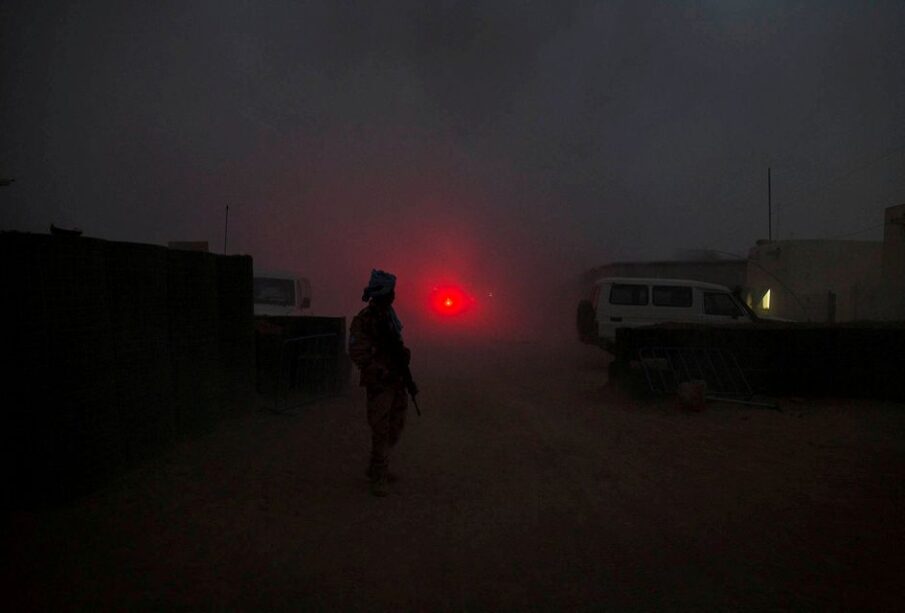 A United Nations peacekeeper secures the MINUSMA base after a mortar attack in Kidal Mali. MINUSMA/Sylvain Liechti handout via REUTERS

Members of an Islamic State affiliate in Mali killed about 30 civilians in an attack this week on a town in a violence-plagued area bordering Burkina Faso and Niger, a coalition of pro-government militia said late on Friday.

Mali has faced instability since 2012, when Islamists hijacked an ethnic Tuareg rebellion in the north. Since then they have spread across West Africa’s Sahal, killing thousands and displacing more than 2 million people in Mali, Burkina Faso and Niger.

The coalition, known as the Platform, said several hundred militants attacked its fighters and forced them to retreat on Tuesday near Talataye in the Gao region – long a hotspot for jihadist and militia violence.

As well as attacking local residents, the militants looted shops and burned food stocks, the Platform said in an online statement, adding that three of its fighters had also been killed.

“Reinforcements dispatched by the Platform reached the town where they discovered the massacre as well as hundreds of women and children who had been wandering the town without food for two days,” it said.

There was no immediate claim of responsibility for the alleged attack.

Malian authorities did not respond to a request for comment.

In March, the U.N. peacekeeping force in Mali expressed concern about the deteriorating security situation in the same area of central Mali, decrying the deaths of hundreds of civilians in a surge of attacks by the Islamic State affiliate.