The Times of Earth, International Edition
0
883 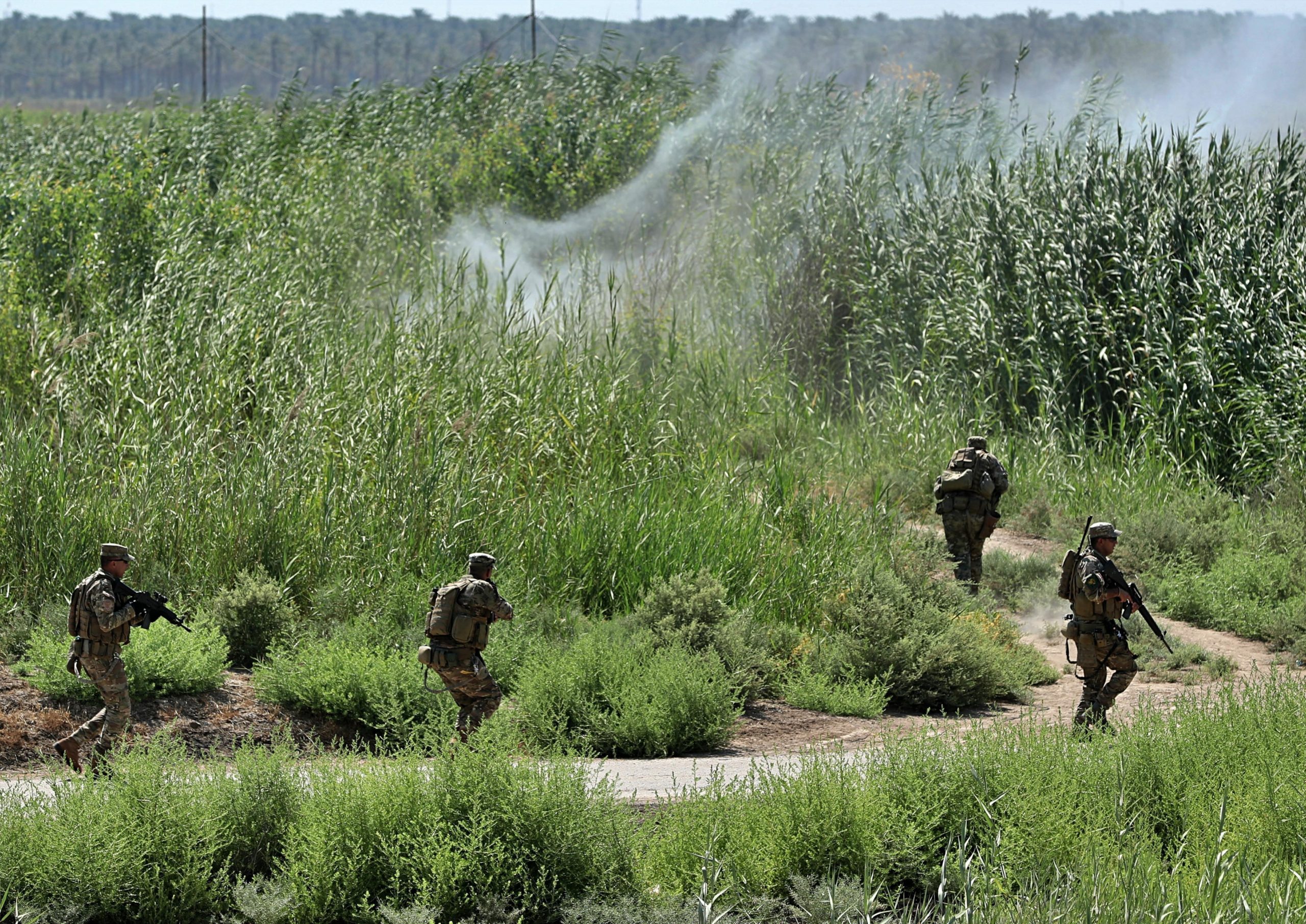 The man wearing an explosive vest emerged from a car and calmly marched toward the gates of the intelligence building in Iraq’s northern city of Kirkuk. When he ignored their shouts to halt, guards opened fire, and he blew himself up, wounding three security personnel in the first week of Ramadan.

Days later, a three-pronged coordinated attack killed 10 Iraqi militia fighters in the northern province of Salahaddin — the deadliest and most complex operation in many months.

The assaults are the latest in a resurgence of attacks by the Islamic State group in northern Iraq. The first was a brazen suicide mission not seen in months. The second was among the most complex attacks since the group’s defeat in 2017. In neighboring Syria, IS attacks on security forces, oil fields and civilian sites have also intensified.

The renewed mayhem is a sign that the militant group is taking advantage of governments absorbed in tackling the coronavirus pandemic and the ensuing slide into economic chaos. The virus is compounding longtime concerns among security and U.N. experts that the group would stage a comeback after its “caliphate,” which once encompassed a third of Iraq and Syria, was brought down last year.

In Iraq, militants also exploit security gaps at a time of an ongoing territorial dispute and a U.S. troop drawdown.

“It’s a real threat,” said Qubad Talabani, deputy prime minister of the northern Kurdish region of Iraq. “They are mobilizing and killing us in the north and they will start hitting Baghdad soon.” He said IS was benefiting from a “gap” between Kurdish forces and federal armed forces caused by political infighting.

Intelligence reports say the number of IS fighters in Iraq is believed to be 2,500-3,000.

In northeast Syria, Kurdish-dominated police have become a more visible target for IS as they patrol the streets to implement anti-virus measures, said Mervan Qamishlo, a spokesman for U.S.-allied Kurdish-led forces.

IS fighters in late March launched a campaign of attacks in government-held parts of Syria, from the central province of Homs all the way to Deir el-Zour to the east, bordering Iraq.

Some 500 fighters, including some who had escaped from prison, recently slipped from Syria into Iraq, helping fuel the surge in violence there, Iraqi intelligence officials said.

IS is shifting from local intimidation to more complex attacks, three Iraqi military officials and experts said. Operations previously focused on assassinations of local officials and less sophisticated attacks. Now the group is carrying out more IED attacks, shootings and ambushes of police and military. The officials spoke on condition of anonymity because they were not authorized to talk to the media.

Multiple factors help the militants. The number of Iraqi military personnel on duty has dropped 50% because of virus prevention measures, the military officials said.

Also, territorial disputes between Baghdad and authorities from the northern Kurdish autonomy zone have left parts of three provinces without law enforcement. The rugged landscape is difficult to police.

The uptick also coincides with a pullout of U.S.-led coalition forces from bases in western Iraq, Nineveh and Kirkuk provinces in line with a drawdown conceived in December.

“Before the emergence of the virus and before the American withdrawal, the operations were negligible, numbering only one operation per week,” said a senior intelligence official. Now, he said, security forces are seeing an average of 20 operations a month. He spoke on condition of anonymity because he was not authorized to brief the media.

Coalition spokesman Col. Myles B. Caggins III said IS attacks were increasing in reaction to operations against its hideouts in the mountains and rural areas of north-central Iraq.

Iraqi military officials believe the improved, organized nature of the attacks serves to cement the influence of new IS leader Abu Ibrahim al-Hashimi al-Quraishi, who was named after his predecessor was killed in a U.S. raid late last year. One military official said more operations are expected during Ramadan to demonstrate the new leader’s strength.

In Syria, one of the most significant attacks occurred April 9, when IS fighters attacked government positions in and near the town of Sukhna. The government brought in reinforcements for a counterattack backed by Russian airstrikes.

Two days of fighting left 32 troops and 26 IS gunmen dead, according to the Britain-based Syrian Observatory for Human Rights, which tracks the country’s nine-year war.

Days later, the government said that because of the security situation in the desert several gas wells in the fields of Shaer and Hayan were damaged, leading to a 30% drop in electricity production.

Back in Iraq, the green pastures of the northern village of Kujalo conceal a hidden enemy that keeps resident Nawzad up at night. His farming community lies in a disputed territory that has witnessed a sharp increase in attacks, including a nearby ambush earlier this month that killed two peshmerga officers.

He said the militants have local collaborators. “They know everything about each farm in Kulajo and they know to whom each house belongs,” he said, asking to be identified only by his first name, fearing reprisals.

The militants also receive shelter, supplies, food and transport from local sympathizers, said Kurdish Brig. Kamal Mahmoud. His peshmerga forces are based on part of the front lines there, but can’t operate in other parts run by government troops — and there, he said, the overstretched security forces control only main roads with no presence in villages and towns.

On April 1, a federal police officer was killed, and a battalion commander and brigadier general wounded in a security operation in the Makhoul mountain range in Diyala. Two days later, an IED attack targeted a patrol of a commando regiment of the Diyala Operations Command in the outskirts of Maadan village.

“IS has been carrying out attacks in Kurdish areas for a long time, but now they are more organized and have more people,” he said.