Ireland considers plan to pay up to 75% of workers wages 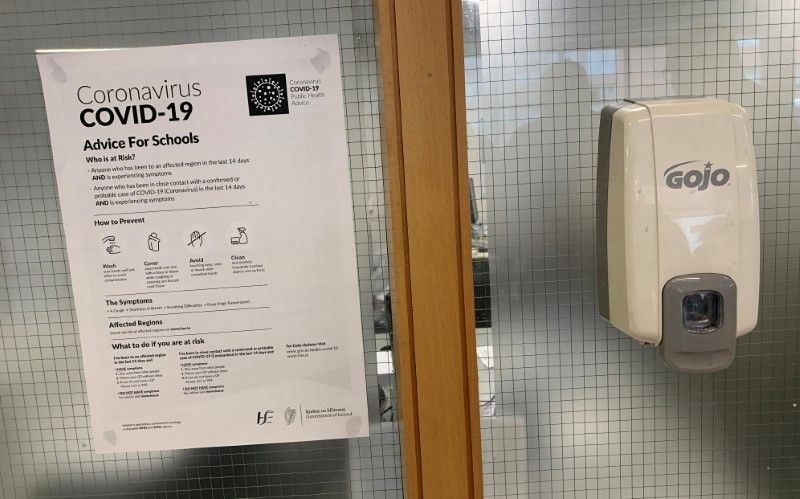 A coronavirus advice notice is seen next to an anti-bacterial gel dispenser in a college in Dublin, Ireland. REUTERS

Ireland’s government is considering plans to pay up to 75% of the wages of thousands of staff temporarily laid off as a result of the coronavirus pandemic, the Irish Times reported.

Irish ministers are working on plans similar to those introduced by the British government on Friday that will see businesses paid up to 80% of a worker’s salary, up to 2,500 pounds, if the employer keeps them on the payroll, the newspaper reported on Saturday.

The Irish government already has a COVID-19 scheme that allows employers to claim a refund of 203 euros a week for employees temporarily laid off because of the pandemic, and on Friday said it would allow employers to top that up.

It said 58,000 people had already claimed the emergency payment by Wednesday.

On Friday, Finance Minister Paschal Donohoe said he accepted that 203 euros was not enough for many and the government was looking at what else it can do to both help those who have lost their jobs so quickly and support those who are still in a job.

“Yes I’m aware of what the UK has done but we’re also studying quickly what is happening in other European countries and we’re going to see is there something we could do here and what would it be,” Donohoe told national broadcaster RTE.

Asked about the Irish Times story, a spokesman for the finance ministry gave the same response as Donohoe on Friday.

Worldwide virus lockdowns as WHO warns young people ‘not invincible’