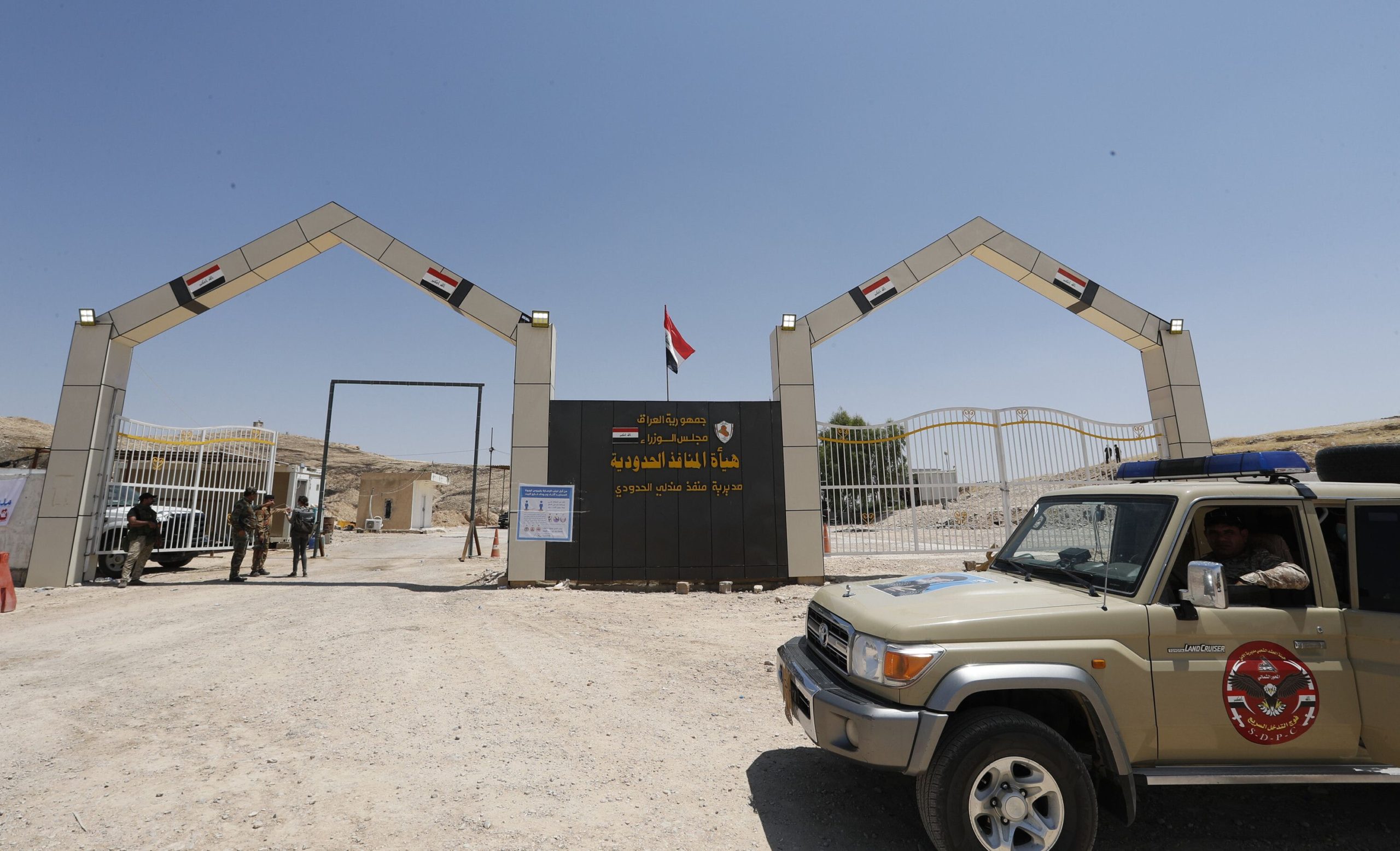 Iraqi border police stand guard on the Iraqi side of the Mandili crossing with Iran on July 11, 2020 (AFP Photo/Maya GEBEILY)

Iraqi Prime Minister Mustafa al-Kadhemi launched a new campaign on Saturday against corruption at the country’s borders, saying millions of dollars were being lost by not properly taxing imported goods.

Speaking at the Mandili crossing on the border with Iran, Kadhemi said Iraq’s frontier had become “a hotbed for corrupt people”.

“This is the beginning of our promise to combat corruption. The first phase is to protect border crossings with new security forces,” he said.

“The second is to fight ‘ghosts’ trying to blackmail Iraqis, and the third is to automate the crossing with new technology,” the premier said, standing alongside Border Crossing Commission head Omar al-Waeli.

In response to a question by AFP, Kadhemi added: “We encourage businessmen (importing goods) to pay the customs, not the bribes.”

“This will serve as a message to all corrupt people.”

Iraq imports virtually all of its consumer goods from either its eastern neighbour Iran or its northern neighbour Turkey.

But government officials, foreign diplomats and businessmen have long complained that the import process at both borders is complicated and rife with corruption.

They accuse customs offices of getting kickbacks from traders in exchange for charging no or low import duties.

In June, Finance Minister Ali Allawi said the government would seek to boost its non-oil revenues, including through import duties, to make up for the collapse in state income from falling oil prices.

“The ports should give us revenues of seven trillion Iraqi dinar a year. We only get one trillion right now,” he told reporters at the time.

“To close that gap, we’ll need a string of reforms to the customs administration,” he said.

Mandili was established in 2014 and is currently controlled by a mix of intelligence forces and the Hashed al-Shaabi, a state-sponsored network of groups including many close to Tehran.

There was no noticeable activity at the border on Saturday, as all of Iraq’s 32 crossings remain officially closed to stop the spread of the novel coronavirus.

Hashed fighters could be seen standing in the blistering midsummer sun.

Iraq is ranked one of the top 20 most corrupt countries in the world according to Transparency International, with some $450 billion in public funds vanishing into the pockets of shady politicians and businessmen since 2003.

Every premier has pledged new measures to fight corruption but few have been able to make a dent in the deep-rooted practices across the public and private sector.