The Times of Earth, International Edition
0
666 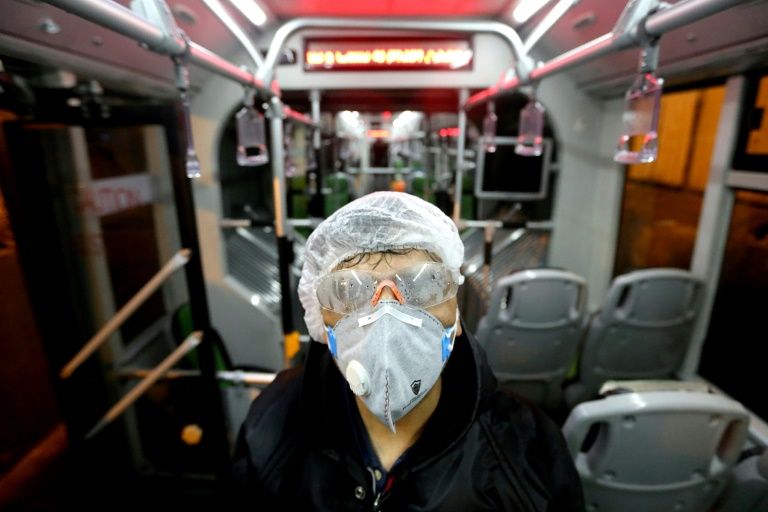 Iran’s death toll from the coronavirus outbreak has reached 43, a health official told state TV on Saturday, adding that the number of infected people across the country has reached 593.

“Unfortunately nine people died of the virus in the last 24 hours. The death toll is 43 now. The new confirmed infected cases since yesterday is 205 that makes the total number of confirmed infected people 593,” Kianush Jahanpur told state TV.

Among the new cases, 64 were in Tehran while the number of provinces hit by the outbreak rose to 24, Jahanpour said.

“We are currently in a phase in which infections are increasing,” he said, predicting that the situation “will continue for some days, even weeks”.-

It is the highest number of new cases for a single day since Iran announced its first confirmed infections on February 19 in the Shiite shrine city of Qom.

Jahanpour said 73 people with the infection had left hospital over the past few days.

Health Minister Saeed Namaki announced Friday that all schools would be closed from Saturday to Tuesday.

“We have a very difficult week ahead of us,” he told state television.

State TV said Friday that parliament would be closed until further notice, due to the epidemic.

Iran has the highest death toll from the virus outside China, where COVID-19 first emerged.

One of Iran’s seven vice presidents, Massoumeh Ebtekar, and deputy health minister Iraj Harirchi are among several senior officials who have been infected.