Iran warns US after Patriot deployment to Iraq

The Times of Earth, International Edition
0
486 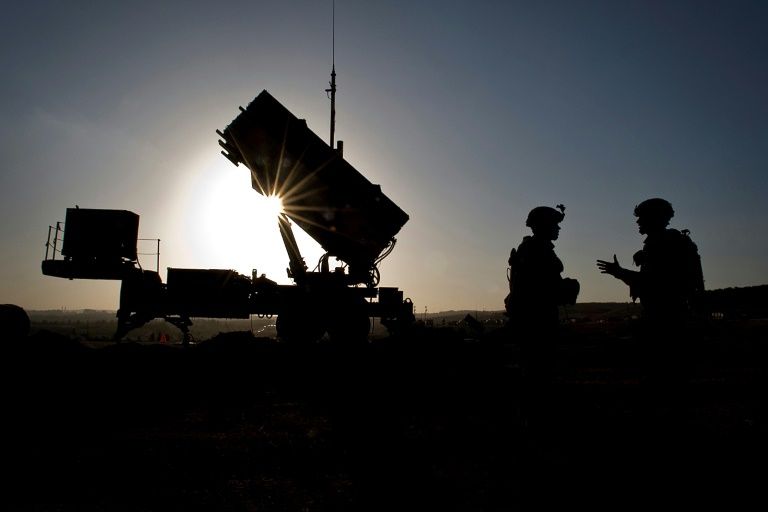 The Patriot is Washington's principal anti-missile missile system and its deployment to Iraq comes after a spate of rocket and other attacks on bases used by US troops (AFP Photo/Sean M. WORRELL)

Iran warned the US Wednesday that it was leading the Middle East to disaster in the midst of the coronavirus pandemic after it deployed Patriot air defence missiles to Iraq.

Washington had been in talks with Baghdad about the proposed deployment since January but it was not immediately clear whether it had secured its approval or not.

Iran, which wields huge influence in its western neighbour, said that it had not.

The US deployment runs “counter to the official position of the Iraqi government, parliament and people,” a foreign ministry statement said.-

It called for a halt to “warmongering during the coronavirus outbreak” and warned that US military activities in the region could lead it to “instability and disaster”.

Iran is in the throes of one of the world’s deadliest coronavirus outbreaks with more than 3,000 fatalities. The US death toll has meanwhile surpassed Iran’s, topping 4,000.

US forces should “respect the wishes of the Iraqi people and government and leave the country,” the Iranian foreign ministry added.

Its deployment to Iraq comes after a spate of rocket and other attacks on bases and other facilities used by US personnel that Washington has blamed on Tehran-backed Shiite militias or Tehran itself.

One of the Patriot batteries was delivered to the Ain al-Asad in western Iraq last week and is now being assembled, a US defence official and an Iraqi military source said.

A second battery was deployed to a base in Arbil, capital of Iraq’s autonomous Kurdish region.

Two more are still in Kuwait, where Washington has rear bases for its operations in Iraq, the US official said.

Iraqi leaders have resisted US deployment of the advanced weapons system for fear that it would anger Iran and further ratchet up tensions between its main allies.

On Monday, Iraq’s caretaker prime minister Adel Abdel Mahdi warned against any “offensive military action without the approval of the Iraqi government.” He did not specifically mention the Patriot deployment.