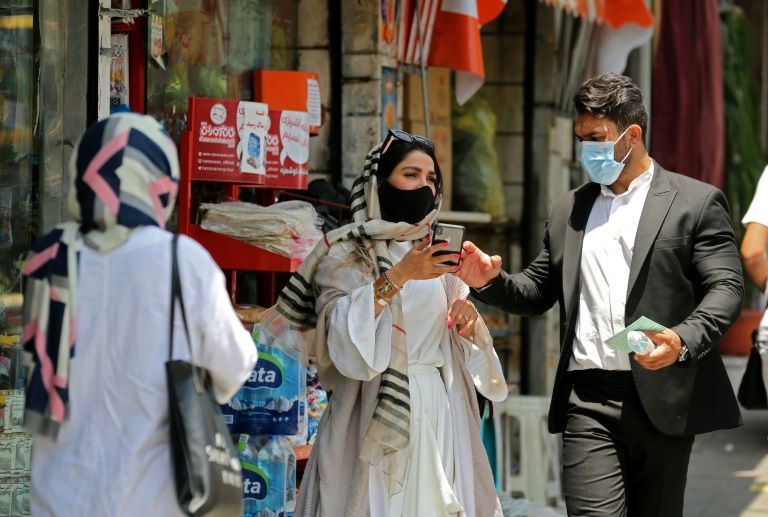 Iran reported on Monday more than 200 new coronavirus fatalities that took the overall toll in the Middle East’s deadliest outbreak beyond 13,000.

“Unfortunately, in the past 24 hours, we have lost 203 of our compatriots due to the COVID-19 disease,” said health ministry spokeswoman Sima Sadat Lari.

“Based on this figure, the total number of victims has reached 13,032,” she told a televised news conference.

Lari said another 2,349 people had tested positive for the virus, raising the overall figure in the country’s outbreak to 259,652.

Iran has been struggling to contain the virus since announcing its first cases in February — two deaths in the Shiite holy city of Qom.

The Islamic republic has refrained from enforcing full lockdowns to stop the pandemic’s spread.

Official figures have shown an upward trajectory in new confirmed cases since early May, when Iran hit a near two-month low in daily recorded infections.

The Iranian government made the wearing of masks compulsory in closed public spaces from July 4, including on public transport.

State television, whose presenters now wear masks, said on Monday that police in Tehran were stopping commuters without masks from entering the subway.

Authorities in Qom tightened controls in banks and administrative offices to ensure the implementation of health protocols, including mask-wearing, Tasnim news agency reported on Monday.

The health ministry spokeswoman called on everyone to keep a physical distance from others, to wash their hands and to use masks.

“The more time you spend in an overcrowded environment, the more likely you are to contract the disease,” Lari said.

Iran closed schools, cancelled public events and banned movement between its 31 provinces in March, but progressively lifted restrictions from April to try to reopen its sanctions-hit economy.

The economy is suffering under the pressures of the health crisis.

The country’s currency, the rial, has hit new lows against the US dollar in recent weeks, mostly over border closures and a halt in non-oil exports, according to analysts.