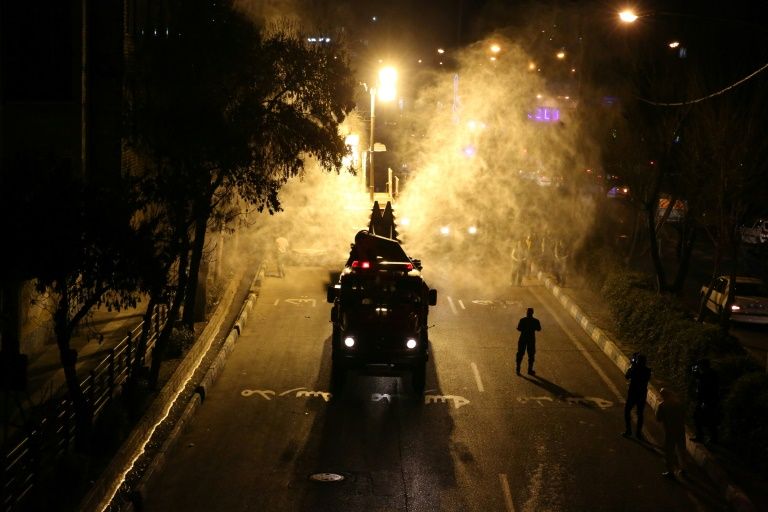 Iran said Thursday it has asked the IMF for its first loan in decades to combat a coronavirus outbreak that has claimed 429 lives and infected more than 10,000 people.

Foreign Minister Mohammad Javad Zarif announced the request on Twitter, calling on the International Monetary Fund to “stand on the right side of history”.

In a letter to UN Secretary General Antonio Guterres, Zarif also called for an end to US sanctions, which he said were “undermining our efforts to fight the COVID-19 epidemic in Iran”.

If Iran does get a loan from the IMF, where its arch foe the United States has a virtual veto on decisions, it would be its first since the early 1960s.-

News of the request came as Iran reported another 75 deaths from the illness — the highest single-day toll since the Islamic republic announced its first casualties last month.

The outbreak of the novel coronavirus in Iran is one of the deadliest outside China, where the disease originated.

In his appeal for an IMF loan, Zarif cited a joint statement dated March 2 in which the IMF and World Bank said they would “use our available instruments to the fullest extent possible, including emergency financing” to help countries fight the virus.

Zarif said the IMF and its board “should adhere to fund’s mandate, stand on right side of history and act responsibly”.

Iran has not received assistance from the IMF since a “standby credit” issued between 1960 and 1962, according to the fund’s data.

According to the IMF’s website, a Rapid Financial Instrument “is available to all member countries facing an urgent balance of payments need.”

In an Instagram post picked up by state news agency IRNA, Iran’s central bank governor Abdolnasser Hemmati claimed to have formally requested access to the RFI by letter on March 6.

“Given the widespread prevalence of coronavirus in our country and the need to continue to take strong measures to prevent and cure (the disease), and to address its economic impact,” Iran was asking for “about $5 billion” in assistance, Hemmati wrote.

The United States is currently pursuing a policy of “maximum pressure” aimed at crippling the finances of Iran’s government.

President Donald Trump launched the campaign in 2018 after unilaterally withdrawing the US from a nuclear deal between Iran and world powers and reimposing sanctions on the Islamic republic.

In a separate tweet, Zarif slammed “restrictions” on access to medicine and equipment needed in the coronavirus fight, in a clear reference to the US sanctions.

“Their efforts are stymied by vast shortages caused by restrictions on our people’s access to medicine/equipment.”

His tweet was accompanied by a document listing Iran’s medical needs, including millions of face masks, gloves and coronavirus diagnostic kits.

In theory, humanitarian items are exempt from the US sanctions, but in reality banks tend to turn down transactions involving Iran to avoid being exposed to potential litigation.

The World Health Organization on Wednesday called for Iran to be given greater assistance in its fight to bring the outbreak under control.

“Iran is doing its best… We are trying to mobilise more support for Iran,” WHO chief Tedros Adhanom Ghebreyesus said, adding the country needed more supplies.

Iran announced its first coronavirus deaths in the Shiite holy city of Qom on February 19.

It is yet to officially impose any lockdowns but authorities have repeatedly called on people to refrain from travelling.

They have closed schools and universities and resorted to shutting hotels and other tourist accommodation to discourage movement.