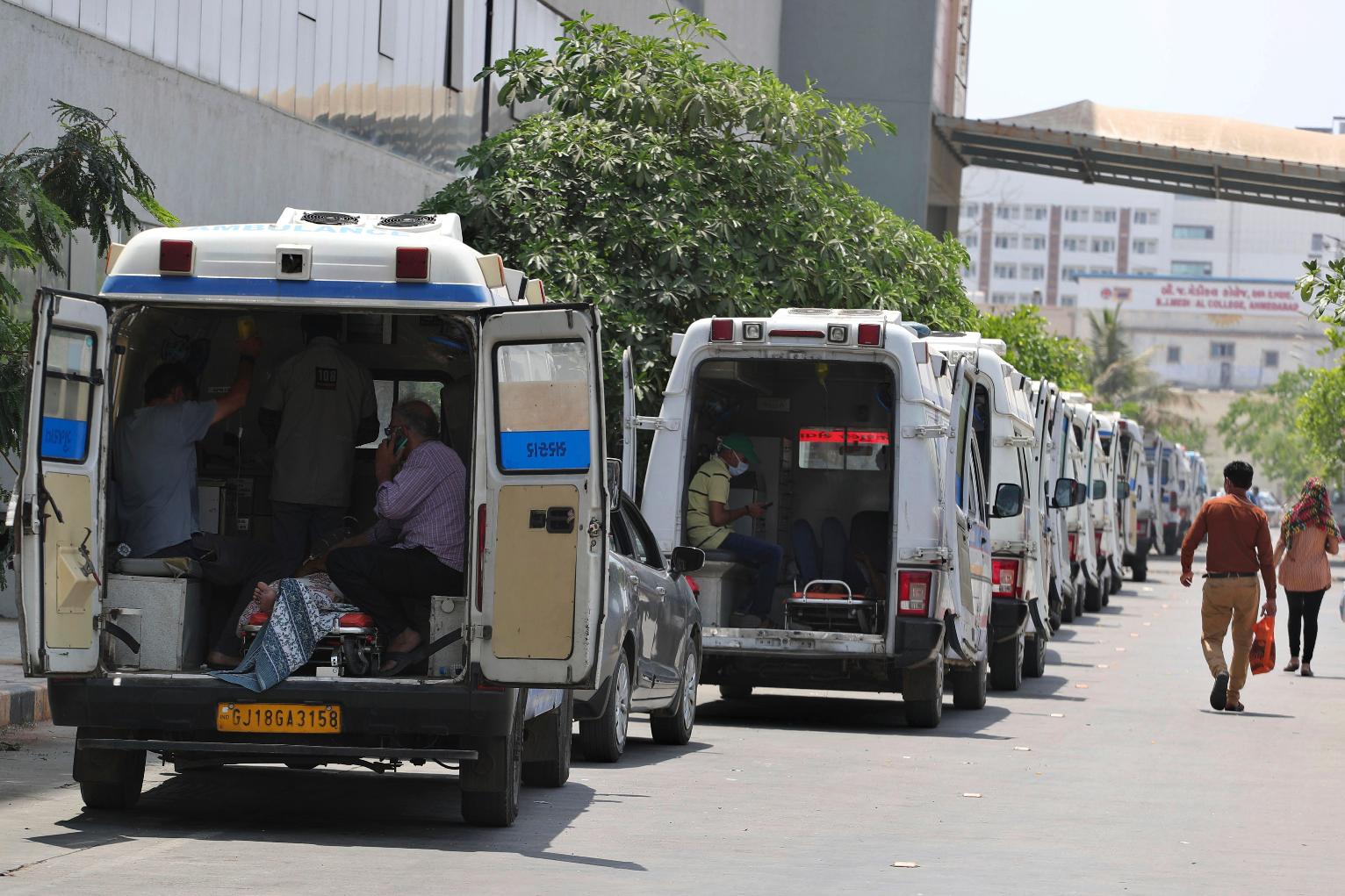 Ambulances carrying COVID-19 patients line up waiting for their turn to be attended at a dedicated COVID-19 government hospital in Ahmedabad, India, Thursday, April 22, 2021. AP

A fire broke out in a hospital in western India early Friday, killing 13 COVID-19 patients, as an extreme surge in infections leaves the nation short of medical care and oxygen.

India reported more than 314,000 new infections Thursday, the world’s worst daily sum of the pandemic. And the latest surge already has driven its fragile health systems to the breaking point with understaffed hospitals overflowing with patients and critically short of supplies.

The fire at a hospital in the Virar area on the outskirts of Mumbai occurred two days after 24 COVID-19 patients on ventilators died due to an oxygen leak in a hospital in Nashik, another city in Maharashtra state.

The fire on the second floor intensive-care unit was extinguished and some patients requiring oxygen were moved to nearby hospitals, said Dilip Shah, CEO of Vijay Vallabh hospital.

Shah said there are 90 patients in the hospital, about 70 kilometers north of Mumbai, India’s financial capital.

The cause of the fire is being investigated, he said. An explosion in the air conditioning unit of the intensive care unit preceded the fire, the Press Trust of India news agency cited state government official Vivekanand Kadam as saying.

The fire comes amid a massive surge in coronavirus cases in Maharashtra state, the worst hit in the country.

The 314,835 infections reported Thursday raised India’s total past 15.9 million cases since the pandemic began. It’s the second-highest total in the world next to the United States. India’s overall death toll is 184,657 caused by the pandemic, according to the Health Ministry.