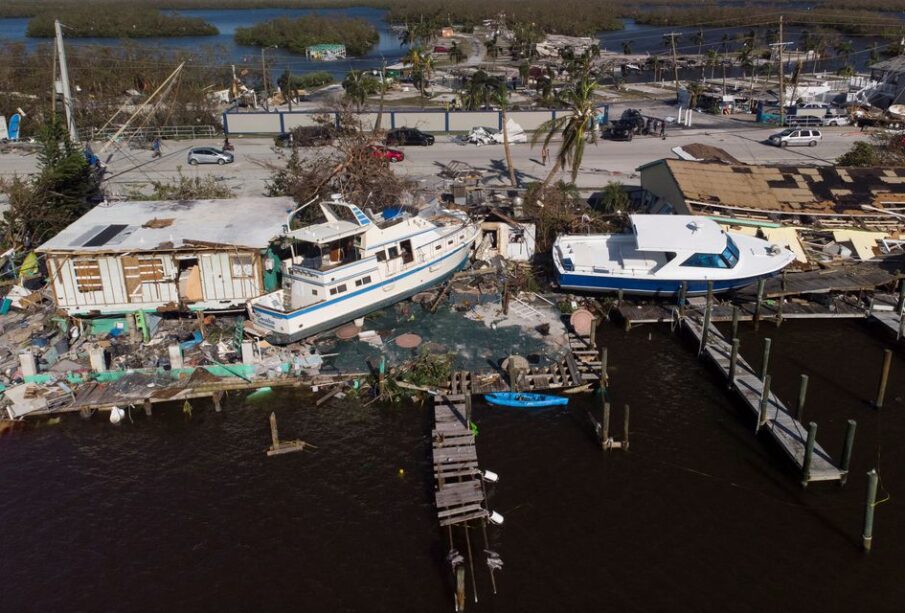 A resurgent Hurricane Ian barreled north on Friday toward a second landfall in South Carolina, a day after carving a path of destruction across central Florida that left rescue crews racing to reach trapped residents along the state’s Gulf Coast.

Ian, which had weakened to a tropical storm during its march across Florida, regained Category 1 hurricane strength on Thursday afternoon while churning toward South Carolina above the Atlantic Ocean, with maximum sustained wind speeds of 75 mph (120 kph), the U.S. National Hurricane Center (NHC) said.

The hurricane was forecast to hit near low-lying Charleston, South Carolina, about 2 p.m. ET (1800 GMT) on Friday, bringing potentially life-threatening flooding, storm surges and winds. Hundreds of miles of coastline, stretching from Georgia to North Carolina, was under a hurricane warning.

The extent of the damage in Florida, where Ian first came ashore on Wednesday as one of the most powerful storms ever to hit the U.S. mainland, became more apparent on Thursday as emergency crews began reaching stranded residents, though the death toll remained uncertain.

NBC News reported at least 10 people had died, while CNN put the toll at 17 as of Thursday evening.

At an evening news briefing, Governor Ron DeSantis acknowledged some people had perished but declined to confirm a specific figure, warning that official confirmation was still needed.

“We fully expect to have mortality from this hurricane,” he said.

Some of the damage to coastal towns, including Fort Myers Beach, was “indescribable,” added DeSantis, who surveyed the affected areas from the air on Thursday.

More than 2.3 million homes and businesses remained without power on Thursday evening, according to the tracking website PowerOutage.us.

Charleston is particularly at risk; a city-commissioned report released in November 2020 found about 90% of all residential properties were vulnerable to storm surge flooding. Parts of northeast South Carolina, near Charleston, could also experience up to 8 inches of rain.

Predicted storm surges were not as severe as those issued by the NHC when the storm was approaching Florida. Edisto Beach, South Carolina, a resort destination about 30 miles south of Charleston, was expected to see a 4- to 7-foot surge.

Ian slammed into the barrier island of Cayo Costa off Florida’s Gulf Coast on Wednesday afternoon as a Category 4 hurricane with maximum sustained winds of 150 mph (241 kph).

There had been more than 700 confirmed rescues in Lee and Charlotte counties, two of the hardest-hit areas, DeSantis said. Most schools will reopen on Friday or Monday.

In the coming days, river flooding in Central Florida could reach record levels as the torrential downpours that accompanied Ian drain into major waterways, the NHC said.

Sanibel Island, a popular vacation destination on the Gulf Coast, was hit hard, and the only bridge leading to the island was impassable, forcing rescue teams to use helicopters and boats to reach residents in need.

In Punta Gorda, directly in the hurricane’s path, trees, debris and power lines covered roadways, though many buildings withstood the storm’s onslaught better than feared.

Brenda Siettas, 62, a paraprofessional who works with students, was in the city in 2004 when Hurricane Charley blasted much of her neighborhood away. Buildings constructed since then are more able to survive high winds, she said.

“They definitely built back much better since Charley,” she said. “Back then I stayed here for two weeks: no power, no water, no sewer.”

Biden, who spoke to DeSantis on Thursday, said he would travel to Florida when conditions allow. Federal Emergency Management Agency Director Deanne Criswell will be in Florida on Friday.