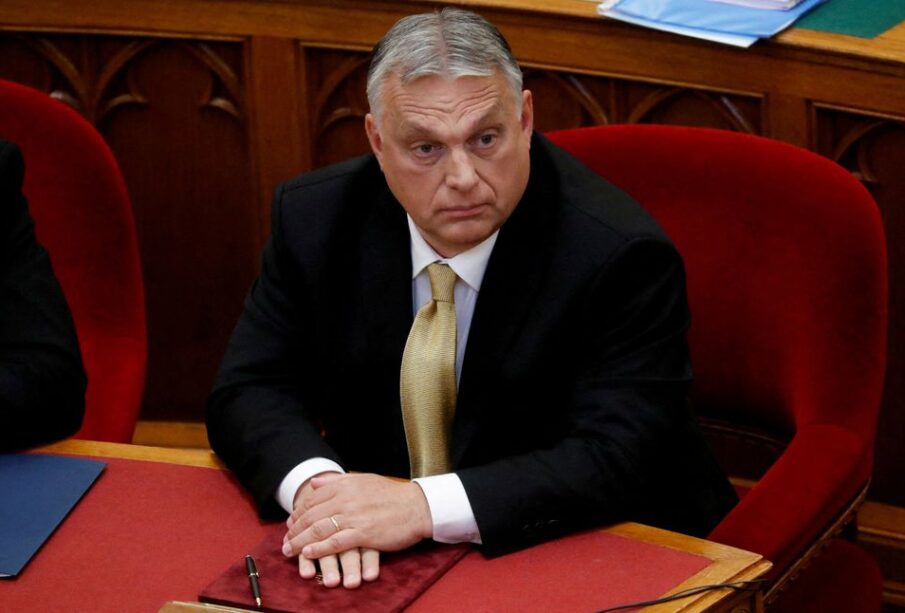 Hungarian Prime Minister Viktor Orban sits before taking the oath of office in the Parliament in Budapest, Hungary, May 16, 2022. REUTERS/Bernadett Szabo

Hungary expects to sign a deal with Russia on additional gas shipments of 700 million cubic metres by the end of summer, Prime Minister Viktor Orban told state radio on Friday.

The two countries have been in talks for further supplies on top of an existing long-term supply pact. read more

“We are negotiating with the Russians to buy an additional 700 million cubic metres of gas, this deal can be signed during the summer, and then we will be safe,” he added.

According to data from Gas Infrastructure Europe, Hungary’s gas storages are about 50% full now, covering 29% of its annual consumption.

European Union member Hungary has maintained what it calls pragmatic relations with Moscow since Russia’s invasion of Ukraine, creating tensions with some EU allies keen to take a tougher line.

Under a 15-year deal with Russia’s Gazprom (GAZP.MM) signed last year, Hungary receives 3.5 billion cubic metres (bcm) of gas per year via Bulgaria and Serbia, and a further 1 bcm via a pipeline from Austria.

Four killed in Russian attack on Ukrainian city of Mykolaiv