The Times of Earth, International Edition
0
799 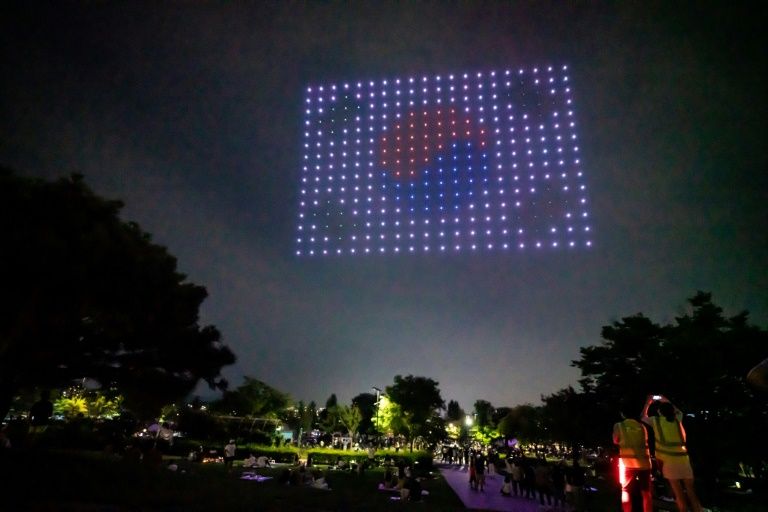 Hundreds of drones lit up the night sky in Seoul for a spectacular showcase of motivational and awareness messages as the world battles the coronavirus pandemic.

Three hundred unmanned aerial vehicles were programmed to form images above the Han river — which runs through the South Korean capital — for the eyecatching flash mob.

The show began with messages reminding people of key precautionary measures, including wearing masks, washing hands and keeping a two-metre distance from others.

The drones created images of a mask surrounded by coronavirus particles, quickly shuffling to form two hands and water droplets against the dark night sky.

The 10-minute show shifted to messages of gratitude for medical personnel in the frontlines of the pandemic as well as all South Koreans for their collective efforts.

“THANKS TO YOU,” the drones wrote in the sky next to a heart shape, then formed a silhouette of the Korean peninsula with the message: “Cheer up, Republic of Korea.”

The government-organised event on Saturday night was not advertised in advance in consideration of social distancing rules, the transport ministry said.