Hundreds flee to Thailand as rebels clash with Myanmar army

The Times of Earth, International Edition
0
349 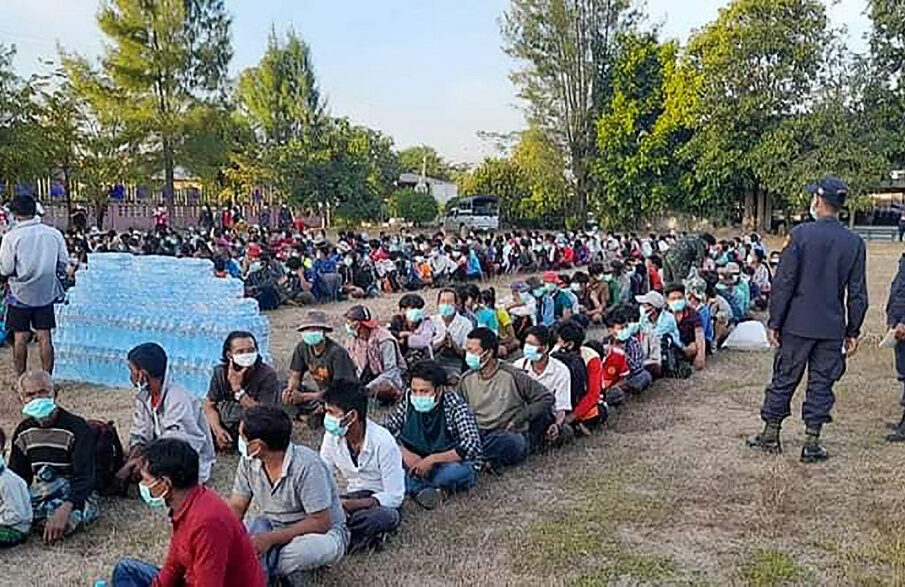 This handout photo taken and released on December 16, 2021 by Metta Charity shows people from Myanmar who fled a surge in violence sitting in lines as they are processed in Mae Tao Phae in Thailand's Mae Sot district near the border, as Thai military personnel look on. (AFP/Metta Charity)

Hundreds of people including many children have fled a flare-up in fighting between the Myanmar army and an ethnic minority insurgent group, taking refuge across the border in Thailand, Thai authorities and an aid worker said.

About 700 people had fled to the Thai town of Mae Sot after fighting between the Karen National Union (KNU) and Myanmar’s army, authorities in the western Thai border province of Tak said in a statement.

Ye Min, an official at the Aid Alliance Committee, a Thai-based Myanmar migrants group, said 2,503 people including 545 children were sheltering on the Thai side of the border.

“We are providing food assistance working together with Thai authorities,” Ye Min said by telephone, adding most of the displaced were from Lay Kay Kaw and other villages.

Myanmar was plunged into turmoil when the military ousted a civilian government led by Nobel laureate Aung San Suu Kyi on Feb. 1, triggering protests in cities and sporadic clashes in the countryside between anti-junta militia and the army.

There has also been intensified fighting at times between the army and insurgent groups in Myanmar’s border areas like the KNU, which is Myanmar’s oldest rebel force and has been seeking self-determination in a region of about 1.6 million people.

The KNU said in a post on social media that during fighting on Wednesday four Myanmar soldiers were killed and four wounded.

A report by Public Voice Television, which is backed by Myanmar’s ousted shadow government, posted photographs it said showed seized weapons and eight captured members of the Myanmar security forces. It said 18 Myanmar government soldiers had been killed.

Reuters could not independently verify the claims and a spokesman for Myanmar’s military junta did not answer a call seeking comment.

Tak provincial authorities said there had been a clash between the Myanmar army and the KNU on Thursday about 500 metres (547 yards) from the Thai border.

It said a shell had fallen on the Thai side of the border though had not caused any casualties or damage, and Thai forces had intensified patrols in the area.

Russia demands NATO roll back from East Europe and stay out of ...