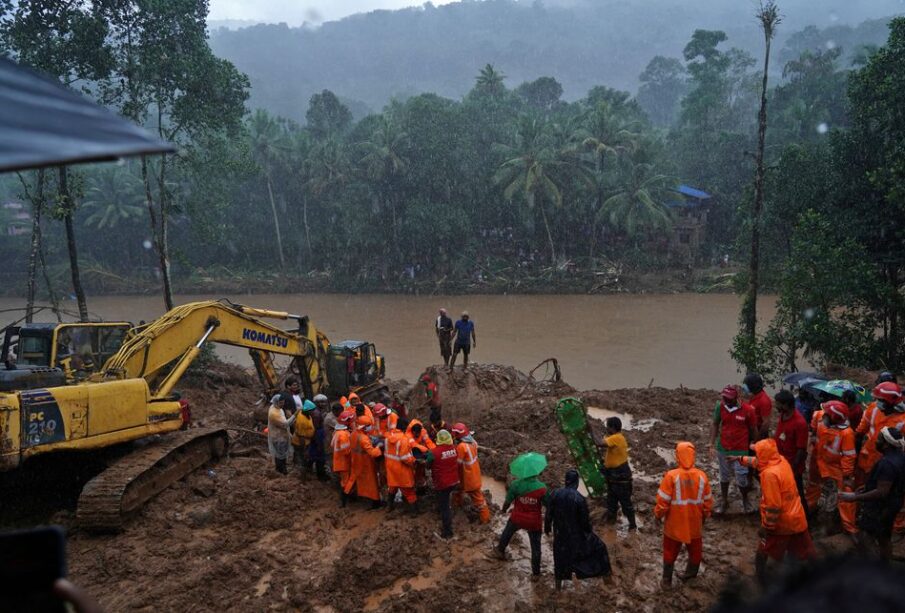 Rescue workers carry the body of a victim after recovering it from the debris of a residential house following a landslide caused by heavy rainfall at Kokkayar village in Idukki district in the southern state of Kerala, India, October 17, 2021. REUTERS/Stringer

At least 24 people were killed after heavy rains lashed the south Indian state of Kerala over the weekend, officials said.

Rainfall across the state led to flash floods and landslides in several areas, with the Indian army and navy called out to rescue residents.

Some 13 of those were killed after a landslide in Kuttikkal village, officials and eyewitnesses said.

“There were four landslides that happened there yesterday, the hill behind me, which brought water and other items downwards,” a local resident told Reuters partner ANI on Sunday, standing in front of now-barren hillside.

P.K. Jayasree, the top government official in Kottayam district where the landslide took place, said almost half of the casualties were from a single family.

Light rainfall across the state is expected to continue, although weather alerts in many areas had been withdrawn, the state’s disaster management committee said in a statement.

Kerala was also a victim to the worst floods in a century in 2018 that had killed at least 400 people and displaced around 200,000.

India, with 1.3 billion people, relies on rainfall to support its population, many of whom live rely on farming. But excessive rainfall can cause floods, landslides and water-borne diseases.

Up to 17 U.S. missionaries and family kidnapped in Haiti