The Times of Earth, International Edition
0
191 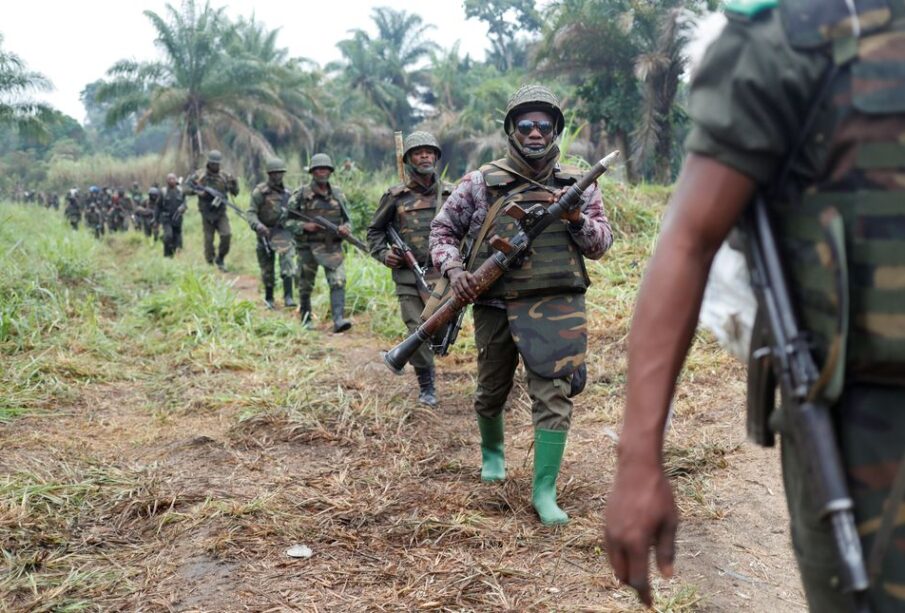 Heavy fighting raged in eastern Democratic Republic of Congo on Thursday between the army and M23 rebels, who are waging their most sustained offensive since a 2012-2013 insurrection that briefly overran the major city of Goma.

The army recaptured its base in Rumangabo from the M23 but the rebels still appeared to control much of the surrounding area, said Emmanuel de Merode, director of the Virunga National Park, who is based in the town.

There was also heavy fighting overnight near the town of Kibumba, about 20 km (12 miles) northeast of Goma near the border with Rwanda, de Merode added.

An imam there said the town fell to the M23 on Wednesday.

Spokesmen for Congo’s army could not be immediately reached for comment.

M23 spokesman Willy Ngoma told Reuters that the rebels had routed the army and allied militias, which he said had started hostilities.

Ngoma said the M23 was now satisfied, but when asked if the group might move on Goma, he added: “The day that will be necessary for our defence, we will not hesitate.”

The M23 insurgency stems from the long fallout from the 1994 genocide in Rwanda.

The group’s leadership is from the Tutsi ethnic group and has justified its attacks by saying it is battling the Democratic Forces for the Liberation of Rwanda (FDLR), a militia founded by ethnic Hutus who fled Rwanda after participating in the genocide.

In 2012, the M23 captured Goma, a city of more than 1 million people, before being chased out by Congolese and U.N. forces into Rwanda and Uganda the following year.

Since then, M23 fighters, frustrated by the slow pace of a demobilisation process aimed at reintegrating them into civilian life if they lay down their weapons, have periodically returned from camps in those countries to stage attacks inside Congo.

Late on Wednesday, Congo’s government renewed accusations that Rwanda, which is led by President Paul Kagame, a Tutsi, was backing the M23.

Rwanda said it was not involved in what it described as an intra-Congolese conflict and in turn accused the Congolese army and FDLR fighters of shelling Rwandan territory on March 19 and May 23.