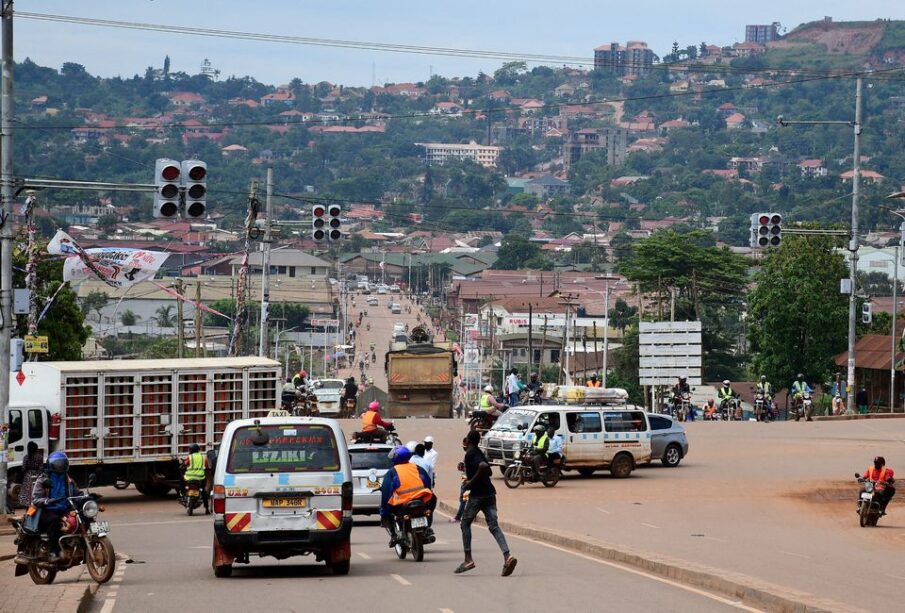 Motorists and cyclists are seen at a traffic light intersection in Kabuusu area of the Lubaga division amid the Ebola outbreak in Kampala, Uganda November 16, 2022. REUTERS/Abubaker Lubowa

Museveni rescinded restrictions on the disease’s epicentre in the district of Mubende, which logged 66 cases and 29 deaths, and in the Kassanda region with 49 cases and 21 deaths.

“Currently, there is no transmission, no contact under follow-up, no patients in the isolation facilities, and we are progressing well with the count down,” Museveni said in a statement.

Officials first confirmed the outbreak in September and said it was the Sudan strain of the disease, which kills 40%-60% of those it infects, and for which there is no proven vaccine.

In October, the Kampala government imposed travel restrictions and an overnight curfew and also shut places of worship and entertainment. Earlier this month, Uganda said it had discharged its last Ebola patient.

Ebola causes vomiting, bleeding and diarrhoea and spreads via contact with bodily fluids of the infected. The virus can sometimes linger in the eyes, central nervous system and bodily fluids of survivors and flare up years later.

Russia fires scores of missiles in one of its biggest attacks on ...