The Times of Earth, International Edition
0
533 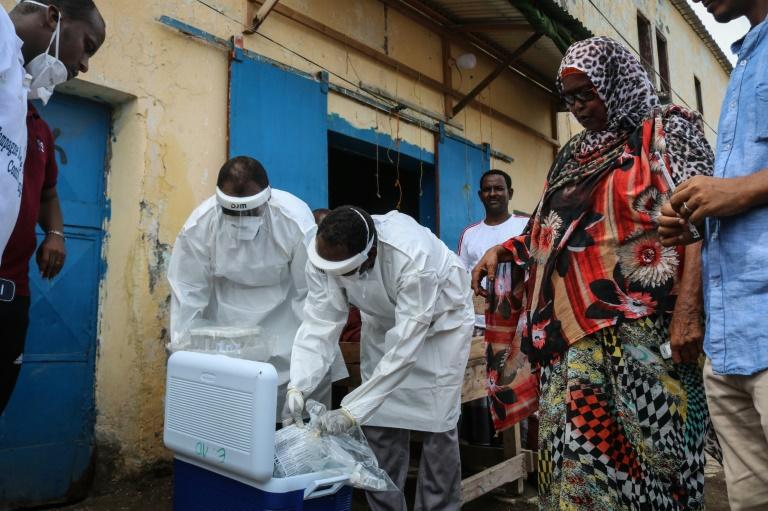 Djibouti, the tiny Horn of Africa nation with the highest number of coronavirus cases on the continent per capita, on Sunday reversed course on a plan to begin lifting lockdown measures this week, saying it was premature.

“The government, through the voice of the prime minister, has decided to extend the confinement for another week until May 17,” Foreign Minister Mahmoud Ali Youssouf said in a Twitter post.

“Noting that the prerequisite conditions are not yet in place, the government made this decision just now,” he said.

The tiny but strategically important country that hosts major US and French military bases has recorded 1,189 positive cases — few on a global scale, but the highest number in East Africa. Three people have died.

The Africa Centres for Disease Control and Prevention says Djibouti has the highest number of cases in Africa relative to its population, though its testing has also outpaced many of its neighbours.

On March 23 the government announced a nationwide lockdown, closing borders and places of worship, banning public transport and allowing only workers in essential industries to go outside.

Yet the measures have been largely ignored, with large crowds still common in the capital city.

President Ismail Omar Guelleh, in power since 1999, warned last month of “even tougher measures” if the population did not respect confinement rules.

But the imposition of the lockdown has prompted criticism of Guelleh, who could run for the presidency again next year after term limits were abolished in a constitutional change.

In his earlier posts announcing that lockdown rules would be relaxed, Youssouf said public transport would resume and places of worship would be reopened provided “very strict measures” on masks and physicial distancing were observed.

Even if such measures were taken, Youssouf said “new epicentres of contamination could emerge in the capital city”.

Europe prepares to reopen despite fears of virus second wave