The Times of Earth, International Edition
0
910 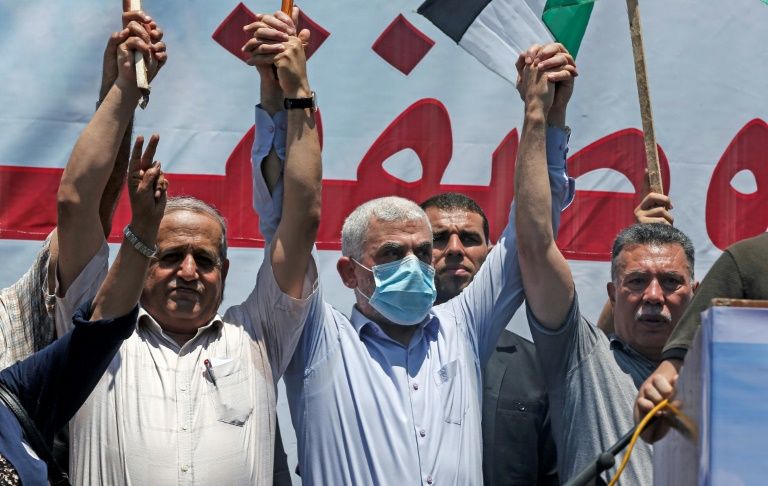 Gaza’s Hamas rulers fired a volley of rockets into the sea Wednesday in a warning to Israel not to annex part of the West Bank, sources in the Islamist organisation told AFP.

The showcase launch of about 20 test rockets from the coastal Palestinian territory came as thousands of people in Gaza City answered Hamas calls for street protests.

Last week the group said that should Israel go ahead with annexation, as provided for in a US peace plan, it would amount to a “declaration of war” against Palestinians.

Benjamin Netanyahu’s centre-right coalition government had set July 1 as the date from which it could begin implementing US President Donald Trump’s Middle East peace proposal.

But there was no announcement by Wednesday afternoon and none scheduled.

The Gaza protesters brandished Palestinian flags and placards condemning Trump, while calling for Hamas to take up arms against Israel.

“The resistance must be revived,” demonstrator Rafeeq Inaiah told AFP. “Israel is afraid of force.”

Demonstrations were also building in the Israeli-occupied West Bank.

In the ancient Jordan Valley city of Jericho, a small number of Palestinian protesters were joined by retired left-wing Israeli politicians, among them Ophir Pines-Paz, a former Labour party interior minister.

“We want to affirm our support for peace,” he said. “Netanyahu and his annexation project must be stopped.”

Hamas, which in 2007 took control of the narrow strip on the shores of the Mediterranean, has since 2008 fought three wars with neighbouring Israel.

It has been under blockade by the Jewish state for more than a decade, with the stated Israeli aim to prevent flows of arms and materials for building fortifications.