The Times of Earth, International Edition
0
198 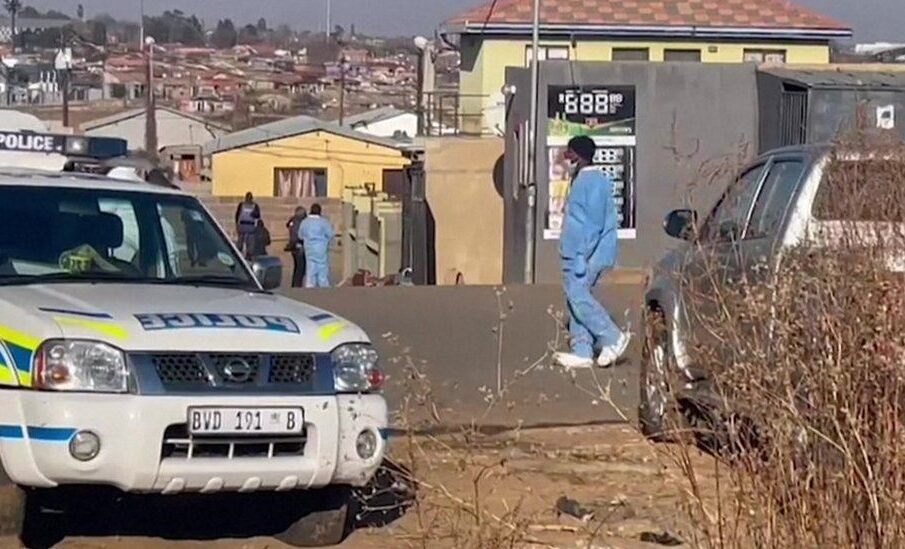 Gunmen armed with rifles and pistols opened fire at people sitting in a tavern in the South African township of Soweto in the early hours of Sunday, killing 15 and wounding nine, police said.

The carnage took place shortly after midnight, according to police who said the group of men entered the Orlando East tavern before “shooting randomly at the patrons”. The unknown gunmen fled the scene and are now on the run, said police, adding that wasn’t not clear how many were involved in the attack.

South Africa is one of the world’s most violent countries with 20,000 people murdered every year, one of the highest per-capita murder rates globally.

Soweto, near Johannesburg, is the largest of the country’s Black townships. They were the creations of white minority rule, which ended in 1994 but whose legacy of widespread poverty and youth unemployment persist nearly three decades later.

Local media reported that another shooting in a tavern in Pietermaritzburg, about 500 km southeast of Soweto, had killed four people overnight. A police spokesman did not immediately respond to a request for confirmation.

Russians try to advance in east Ukraine; war in G20 spotlight at ...