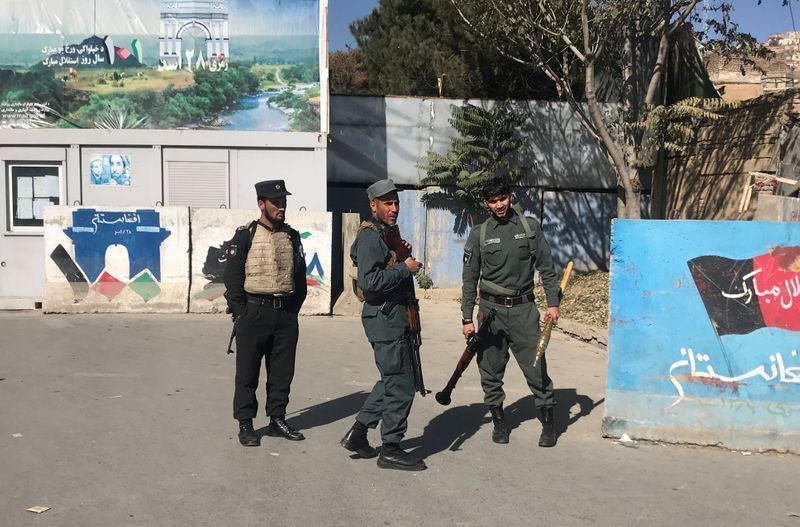 Afghan policemen keep watch near the site of an attack in Kabul, Afghanistan November 2, 2020. REUTERS/Omar Sobhani

The Taliban denied their fighters were involved in the assault, and the identity of the attackers was unknown

“Gunshots still can be heard in the area but security forces have blocked it off,” Ministry of Interior spokesman Tariq Arian said. “We don’t know whether we are dealing with a coordinated attack or something else.” he said.

He later said that multiple attackers had entered the campus and were fighting with security forces.

At least six people were wounded, including a professor and a student, according to Akmal Samsor, the health ministry’s spokesman.

Witnesses said students had fled from the Kabul University campus.

“Almost all students have now left,” Nahid, a student who asked that only her first name be used for security reasons, told Reuters by telephone after fleeing from the university.

Violence has plagued Afghanistan while government and Taliban negotiators have been meeting in Qatar to try to broker a peace deal that would allow the United States to bring home its troop and end its longest war.

US Election 2020: At least 92 million people have already voted