The Times of Earth, International Edition
0
957 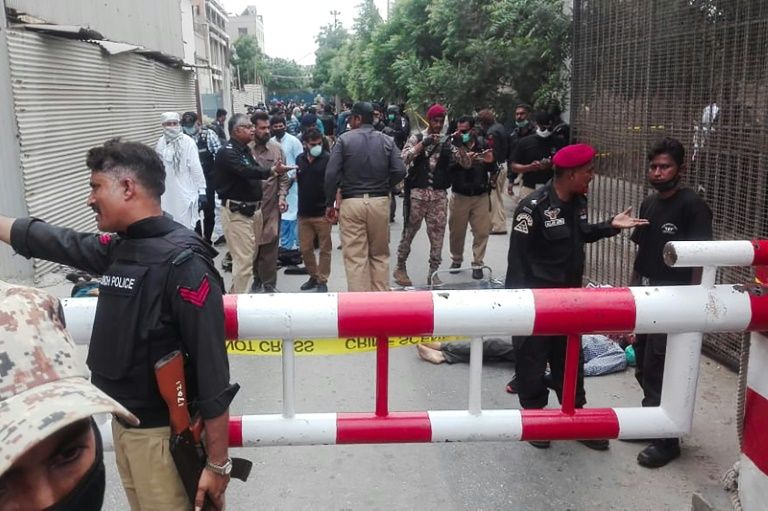 Karachi police chief Ghulam Nabi Memon said the attackers pulled up in a car outside the trading floor and hurled a grenade at the building before opening fire.

“Four attackers have been killed,” he said.

Karachi was once a hotspot for crime and political and ethnic violence, with heavily armed groups tied to politicians frequently gunning down opponents and launching attacks on residential areas.

However, the situation has largely stabilised in recent years following operations by security agencies against armed political outfits.