The Times of Earth, International Edition
0
704 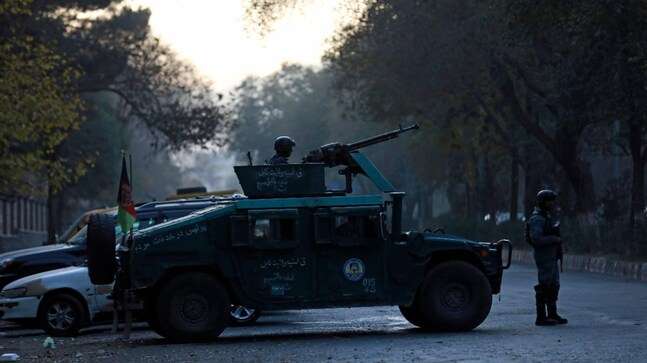 Gunmen shot dead two Afghan women judges working for the Supreme Court in an early morning ambush in the country’s capital Sunday, officials said, as a wave of assassinations continues to rattle the nation.

Violence has surged across Afghanistan in recent months despite ongoing peace talks between the Taliban and government — especially in Kabul, where a new trend of targeted killings aimed at high-profile figures has sown fear in the restive city.

The latest attack, which President Ashraf Ghani blamed on the Taliban, comes just two days after the Pentagon announced it had cut troop levels in Afghanistan to 2,500, the fewest in nearly two decades.

The attack on the judges happened as they were driving to their office in a court vehicle, said Ahmad Fahim Qaweem, a spokesman for the Supreme Court.

There are more than 200 female judges working for the country’s top court, the spokesman added.

Afghanistan’s Supreme Court was a target in February 2017 when a suicide bomb ripped through a crowd of court employees, killing at least 20 and wounding 41.

Ghani blamed the Taliban for Sunday’s murders, accusing them of launching an “illegitimate war and hostility”.

“The government once again reiterates its call on the Taliban that violence, terror, brutality and crimes… will only prolong the war in the country,” he said in a statement issued by the presidential palace.

“They (Taliban) in order to show their real intent (for peace) should accept a permanent ceasefire.”

The top British envoy to Kabul, Alison Blake, condemned the “appalling targeted attack” on the judges.

“We condemn this and all attacks on civilians and call for an urgent investigation into those responsible,” she said on Twitter.

In recent months, several prominent Afghans — including politicians, journalists, activists, doctors and prosecutors — have been assassinated in often brazen daytime attacks in Kabul and other cities.

Many journalists and activists have left the country, worried they might the next targets.

Afghan officials have steadfastly blamed the Taliban for the assassinations, a charge the insurgent group has denied.

Some of these killings have been claimed by the rival jihadist Islamic State group.

Earlier this month the US military for the first time directly accused the Taliban of orchestrating the attacks.

“The Taliban’s campaign of unclaimed attacks and targeted killings of government officials, civil society leaders & journalists must… cease for peace to succeed,” Colonel Sonny Leggett, the spokesman for US forces in Afghanistan, said on Twitter.

The targeted killings have surged despite the Taliban and Afghan government engaging in peace talks in the Qatari capital of Doha.

Afghan government negotiators engaged in peace talks with their Taliban counterparts are pushing for a permanent ceasefire as part of the agenda for the talks, but the insurgents so far have dismissed the calls for any type of truce.

On Friday, the Pentagon announced it had cut troop levels in Afghanistan to 2,500 as part of its deal with the Taliban to withdraw all troops from the country by May 2021.

That deal was struck in return for security guarantees from the insurgents and a commitment to peace talks with the Afghan government.

At least 83 killed in fighting in Sudan’s Darfur