The Times of Earth, International Edition
0
403 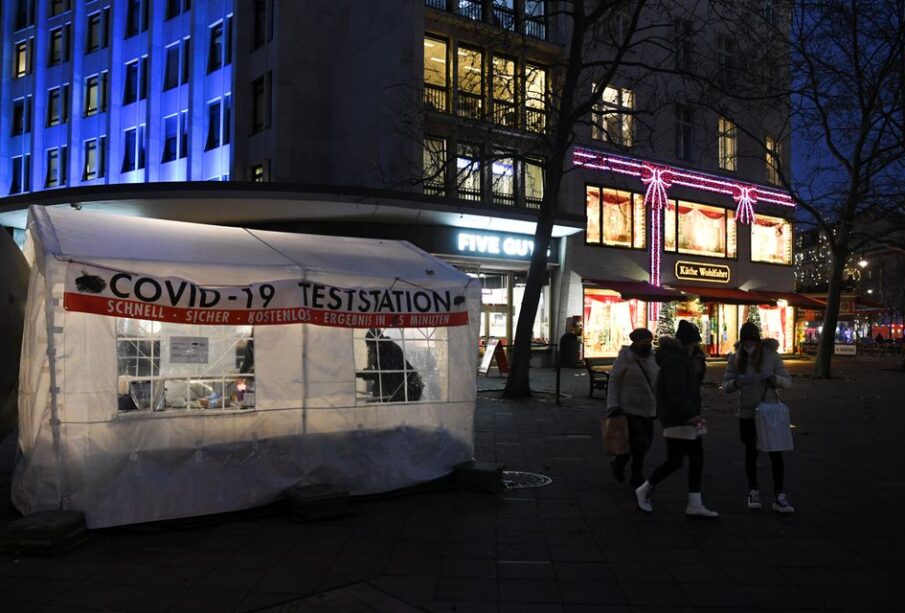 The Omicron coronavirus variant could ease pressure on the German health system if it turns out to produce milder illness, even though infections are rising, the head of the country’s association of senior hospital doctors (VLK) said on Sunday.

VLK President Michael Weber said coronavirus would no longer be a threat to the health system if Omicron became as dominant in Germany as it is in South Africa, Britain or Denmark and if the infections are as predominantly mild as there.

“There is a realistic probability that the pandemic will also become endemic in this country,” Weber told the Welt am Sonntag newspaper.

As Omicron spreads in Germany, daily infections have been rising again in recent days after falling steadily in December, and the number of beds occupied in intensive care wards has also ticked up.

Health Minister Karl Lauterbach has also expressed optimism that Omicron seems to be less dangerous than previous variants, but he noted that it still posed a risk to older people who are not vaccinated.

“The first vaccination drastically reduces the risk of death after only 14 days. I appeal to people: Get vaccinated!”, Lauterbach told Bild am Sonntag newspaper.

The highly infectious Omicron variant has caused a surge in coronavirus cases across the globe. Worldwide infections have hit a record high, with an average of just over a million cases detected a day between Dec. 24 and 30, according to Reuters data. But so far deaths have not risen at the same pace, bringing hope the variant is less lethal.

“The viral load of those infected with Omicron is lower, which is why masks are more effective. Everyone should wear masks when meeting other people.”

Fire breaks out in South African parliament in Cape Town