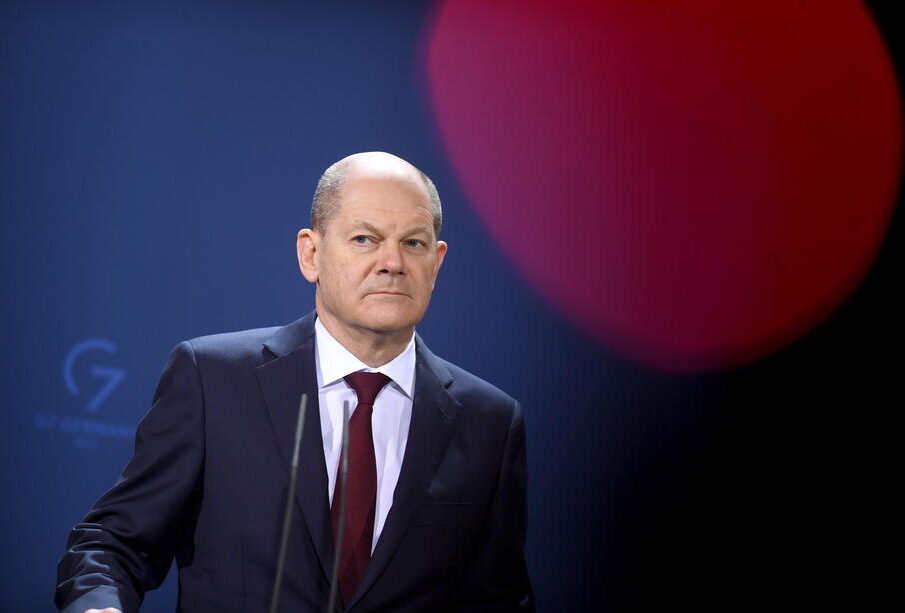 German Chancellor Olaf Scholz flies to Kyiv on Monday to meet with Ukrainian President Volodymyr Zelenskiy in a bid to show solidarity and help avert a war in Europe following warnings that a Russian invasion could be imminent.

The trip is part of a flurry of diplomatic efforts to de-escalate the crisis through dialogue and the threat of sanctions on Russia if it invades Ukraine. On Tuesday, Scholz will fly to Moscow to meet Russian President Vladimir Putin.

The chancellor, who took office in December, has ratcheted up his engagement in the Ukraine crisis over the past week after critics accused him of a lack of leadership in one of Europe’s worst security crises in decades and mixed signals.

“(These trips are) about how we can find a way to ensure peace in Europe,” Scholz told reporters on Sunday, saying the Russian build-up of around 100,000 troops on Ukraine’s border represented a “very, very serious threat” to this.

Moscow denies planning to invade Ukraine, but says it could take unspecified “military-technical” action unless a series of demands are met, including promises from NATO never to admit Ukraine and to withdraw forces from Eastern Europe.

A German government source said on Sunday Scholz and Zelenskiy would gauge where they stood after “Normandy Format” talks last week between representatives of Ukraine, Russia, France and Germany, and how they could advance dialogue.

A moratorium on Ukraine’s eligibility for NATO accession was not on the table for Germany, the source said.

Ukraine could count on Germany solidarity, particularly through financial aid to help stabilize its economy, Scholz said on Sunday. He may struggle to convince Ukrainians he means it.

Ukrainian officials have publicly criticized Germany for refusing to sell weapons to Kyiv – Berlin argues it cannot due to its bloody 20th century history – and over its reluctance to pull the plug on a controversial Russian-German gas pipeline project.

Ukraine as well as Western allies argue the Nord Stream 2 pipeline, which is built but not yet operational, would enable Russia to cut Ukraine out of Europe’s energy supply and make it more vulnerable to Russian invasion.

In recent weeks, Scholz has toughened his rhetoric on the cost to Russia of any new attack on Ukraine, saying everything would be on the table. But he has not vowed to end Nord Stream 2 or even named it in connection with sanctions.