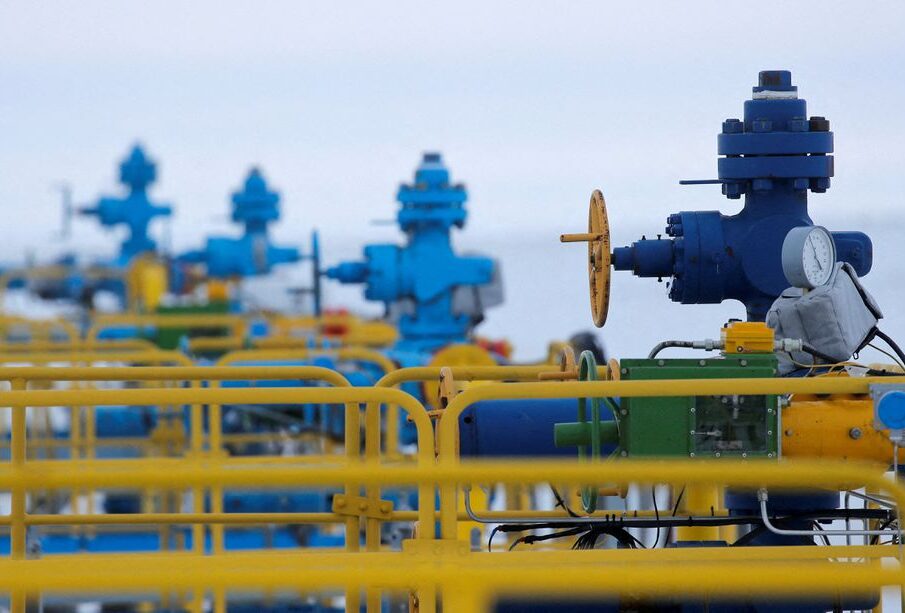 Russian energy giant Gazprom (GAZP.MM) said on Wednesday it had halted gas supplies to Bulgaria and Poland for failing to pay for gas in roubles, the Kremlin’s toughest response yet to sanctions imposed by the West over the conflict in Ukraine.

It was the first time Russia has cut off gas to European customers since Moscow launched its invasion on Feb. 24.

“Gazprom has completely suspended gas supplies to Bulgargaz and PGNiG (PGN.WA) due to absence of payments in roubles,” Gazprom said in a statement, referring to the Polish and Bulgarian gas companies.

Polish state-owned PGNiG (PGN.WA) confirmed its supplies from Gazprom had been cut but said it was still supplying its own clients as needed.

“Cutting gas supplies is a breach of contract and PGNiG reserves the right to seek compensation and will use all available contractual and legal means to do so,” the company said.

Poland and Bulgaria, both NATO and EU members, had earlier said Russia would stop supplying gas to them on Wednesday.

Supplies from Gazprom (GAZP.MM) cover about 50% of Poland’s consumption. Poland said it did not need to draw on reserves and its gas storage was 76% full.

Russia’s energy exports have largely continued since the war began, an exception to sanctions that have otherwise cut off Moscow from much of its trade with the West.

Ukraine has accused Russia of blackmailing Europe over energy in an attempt to break its allies as fighting entered a third month. Moscow has demanded that European countries pay for gas in roubles. Buyers say this violates contracts which call for payment in euros.

“Russia is trying to shatter the unity of our allies,” Yermak said.

Bulgaria, which is almost completely reliant on Russian gas imports, said the proposed new payment scheme was in breach of its arrangement with Gazprom. It has held talks to import liquefied natural gas through neighbouring Turkey and Greece.

Since a Russian invasion force was driven back at the outskirts of Kyiv last month, Moscow has refocused its operation on eastern Ukraine, starting a new offensive from several directions to fully capture two provinces known as the Donbas.

Ukraine’s general staff acknowledged that Russia had made gains at a number of areas in the east, capturing outskirts of the towns of Velyka Komyshuvakha and Zavody on one front, and the Zarichne and Novoshtokivske settlements in Donetsk region.

It said an assault on Azovstal, a steel works where Ukrainian defenders are holding out in the ruins of the port of Mariupol, was continuing.

In the south, Ukraine said it had attacked Snake Island, a Black Sea outpost seized by Russia early in the war when defenders became heroes to Ukrainians for rejecting a Russian demand to surrender with an obscenity.

Ukraine says Russia is trying to organise a fake referendum in Kherson, the only regional capital it has seized so far, to try to pry it from Ukraine.

There has also been increasing concern over the prospect of the conflict widening to neighbouring Moldova, where pro-Russian separatists in a small region occupied since the 1990s by Russian troops have reported several explosions in recent days.

The invasion of Ukraine has left thousands dead or injured, reduced towns and cities to rubble, and forced more than 5 million people to flee abroad.

Moscow calls its actions a “special operation” to disarm Ukraine and protect it from fascists. Ukraine and the West call this is a pretext for an unprovoked war to seize territory.

The United States and its allies have increasingly been supplying Ukraine with heavy weapons for the fight in the east. More than 40 countries met at a U.S. air base in Germany on Tuesday to discuss Ukraine’s defence. Germany announced its first delivery of heavy weapons to Ukraine, including Gepard light tanks equipped with anti-aircraft guns.

Blasts were heard in the early hours of Wednesday in three Russian provinces bordering Ukraine, authorities said, and an ammunition depot in the Belgorod province caught fire. The regional governor said the blaze near Staraya Nelidovka village had been put out and no civilians had been hurt. read more

Russia this month accused Ukraine of attacking a fuel depot in Belgorod with helicopters and opening fire on several villages in the province. A massive fire also broke out this week at a fuel depot in nearby Bryansk. Ukraine does not confirm responsibility for reported incidents on Russian territory.

British military intelligence said Ukraine retained control over most of its air space and Russia had failed to effectively destroy Ukraine’s air force or its air defences.

Ukrainian authorities on Tuesday dismantled a huge Soviet-era monument in the centre of Kyiv meant to symbolise friendship with Russia.

“We now see what this ‘friendship’ is – destruction of Ukrainian cities…killing tens of thousands of peaceful people,” Kyiv mayor Vitaly Klitschko said.