The Times of Earth, International Edition
0
606 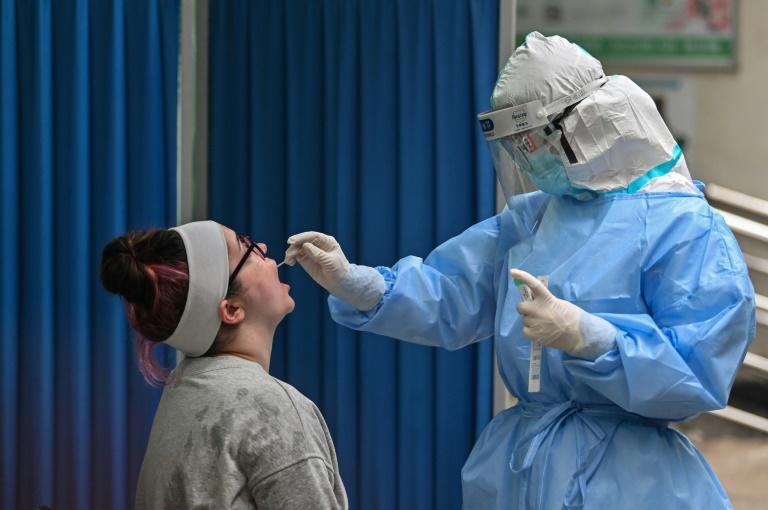 Nervous residents of China’s pandemic epicentre of Wuhan queued up across the city to be tested for the coronavirus on Thursday after a new cluster of cases sparked a mass screening campaign.

Lines of socially distanced people formed at makeshift testing sites set up under tents in parking lots, parks and residential communities as it rained in the metropolis of 11 million people.

“This is a good thing. It’s a way to be responsible toward others and to yourself,” a 40-year-old man told AFP after completing the process.

He had already been tested 10 days before but given Wuhan’s history as the source of the virus and China’s worst-hit city, he welcomed a little extra insurance.

The man added: “If you have the opportunity, wouldn’t you do it again?”

The previously unknown contagion emerged in Wuhan late last year, prompting the Chinese government to impose a tight lockdown on the city on January 23, isolating the industrial and transport centre from the rest of the country and confining residents to their homes.

More than 3,800 people have died from COVID-19 in the city, accounting for the vast majority of fatalities in China.

The quarantine was only fully lifted in early April, and life is returning to normal.

But Wuhan was given a fresh jolt when several new local infections emerged last weekend after more than a month in which none were reported.

Fearful of a reliving the virus nightmare, officials have launched a drive to conduct nucleic acid tests on the city’s entire population.

Men, women, children and the elderly filed forward to medical workers in head-to-toe white protective suits and plastic face shields, who recorded their personal details before quickly jabbing a swab into the backs of their throats.

“I know this plan requiring the city to do large-scale testing serves as a basic safeguard. I wasn’t planning to get myself tested,” said a woman who did not give her name.

“But the safety measures inside are really bad. (People) are too close, and the testing person handled a lot of samples from people but I didn’t see him wash his hands.”

China has largely brought the virus under control, but has been on edge recently about a potential second wave of infections as it has lifted lockdowns and restrictions across the country.

Besides the six new Wuhan cases, virus clusters have appeared in recent weeks in the northeastern provinces of Jilin and Heilongjiang, which border Russia.

With the virus taking hold in other nations, China has barred most foreigners from entering the country.

Despite the lingering concerns, pandemic-hardened residents of Wuhan have done their best to resume their lives.

Dozens of people kicked up their heels to Chinese folk music on a promenade by the Yangtze River on Wednesday night, shrugging off the concerns of a new wave.

Couples wearing masks pranced under street lamps, with the men leading the women into turns near a bridge lit with huge Chinese characters saying: “Go Wuhan”.

“The atmosphere wasn’t the same when I was at home and dancing alone. It was not fun,” she added. “This is much better.”