The Times of Earth, International Edition
0
509 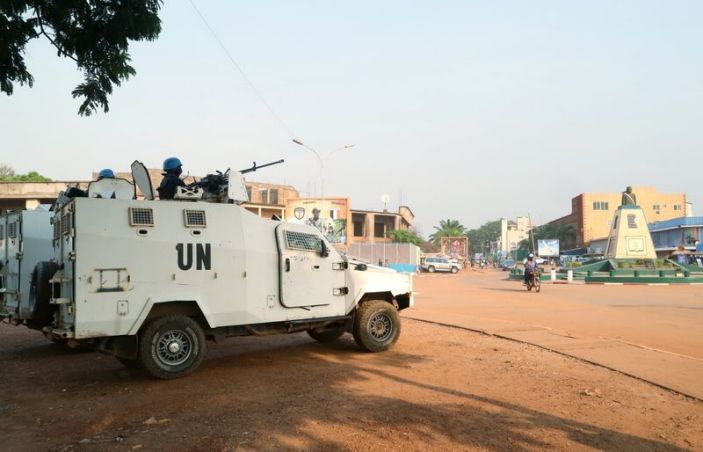 Rebels attacked two towns in the Central African Republic on Saturday as French warplanes flew over in an apparent attempt to deter an advance on the capital after a disputed election.

The attacks on Bouar, 440 km (275 miles) northwest of the capital and Grimari, 300 km northeast of Bangui, were the latest by a coalition of armed rebels backed by former president Francois Bozize.

The rebels had threatened to march on the capital and disrupt the Dec. 27 general election after Bozize’s candidature was rejected by the country’s highest court. They attacked towns close to Bangui but didn’t reach the city.

President Faustin-Archange Touadera was declared the winner of the vote with more than 50% of votes cast, a result hotly disputed by the defeated candidates.

The gold- and diamond-rich country of 4.7 million has been hit by a successive wave of violence since Bozize was ousted by a rebellion in 2013. Thousands have been killed and more than a million forced from their homes.

Rebels attacked the market town of Bouar early on Saturday with heavy fighting reported at a military base. A resident said the rebels were pushed back but sporadic gunfire could still be heard in the town.

French President Emmanuel Macron’s office said the military flight took place at the request of Touadera and with the permission of the U.N. peacekeeping mission in the country. French warplanes also flew over four days before the election.

Central African Republic’s government was not immediately available to comment.

Macron condemned the recent violence in a phone call with Touadera, his office said, and reiterated his condemnation of Bozize.

Many of the opposition candidates have demanded the election be annulled and for the vote to be repeated, citing irregularities and low turnout following violent clashes.

Only half the Central African Republic’s 1.8 million eligible voters were able to register due to rebel attacks.

France has a history of repeated military interventions in the Central African Republic, most recently from 2013-2016. The United Nations now maintains nearly 13,000 peacekeepers there.