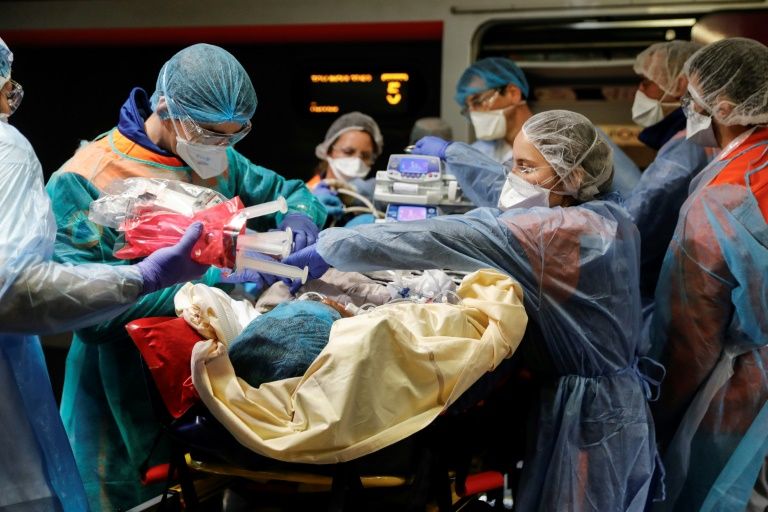 Medical staff embark a patient infected with the COVID-19 onboard a medicalised TGV high speed train at the Gare d'Austerlitz train station in Paris, to be evacuated to other hospitals in the western France Brittany region (AFP Photo/Thomas SAMSON)

Five hundred and seventy people have died in nursing homes in France’s eastern region since the outbreak of the coronavirus, the regional public health authority said late on Wednesday.

France became the fourth country to pass the 4,000 coronavirus deaths threshold on Wednesday, but that does not include deaths outside hospitals.

Fatalities in nursing homes have surged, with dozens of deaths reported across the country. Officials have held back on directly linking the deaths to the coronavirus given the age and health condition of many who have died.

“As of March 31, 411 nursing homes have been affected by COVID-19 out of 620 in the region,” the Grand-Est Public Health Authority said in a statement. “Five hundred and seventy people have died in total.”-

Regions have been collating figures on the situation in nursing homes and the national health agency was due to give the figures for the country later on Thursday.

Senior care home representatives in March warned the Health Minister that at least 100,000 people could die if the situation was not brought under control.