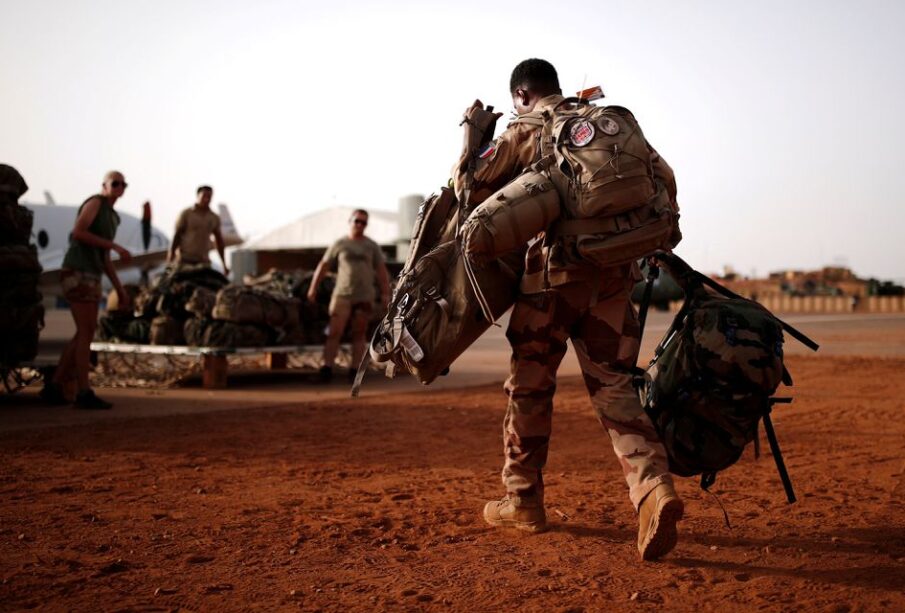 France will still give aerial military support to Malian troops battling an Islamist insurgency in the Sahel even after its counter-terrorism mission has withdrawn, but only where Russian fighters are not present, the force’s commander said on Friday.

Mali’s former colonial power announced last month that it would pull out 2,400 troops first deployed to Mali almost a decade ago, after relations with the country’s ruling military junta turned sour earlier this year. read more

Tensions arose over the junta’s decision to delay democratic elections in February, as well as its collaboration with private contractors belonging to Russia’s Wagner group.

But the commander of Operation Barkhane, General Laurent Michon, told a press briefing in neighbouring Burkina Faso that France would continue to offer aerial support in areas free of “Russian mercenaries”.

“We will continue to help via air by training people on the ground who are capable of calling planes, of guiding them,” he said, adding that similar support would be offered to soldiers in Burkina Faso and Niger, which also shares a border with Mali.

Mali’s military spokesman did not respond to calls for comment.

The country has been struggling to reign in insurgents with ties to al Qaeda since they seized its desert north in 2012, prompting France to send troops to push them back the following year.

The militants, now also linked to Islamic State, have regrouped in recent years and seized swathes of countryside despite the presence of foreign boots and U.N. peacekeepers.

There are fears France’s departure could undermine efforts to quell violence that has also spread into Niger, Burkina Faso and other neighbouring countries, killing thousands and displacing millions.

At least 10 people were killed and several wounded in Burkina Faso on Friday when militants attacked an informal gold mining site in the northern province of Seno, which borders Niger, a local government official and a military source said.

Operation Barkhane will take four to six months to withdraw its troops in Mali.

The European Union has imposed sanctions on the Wagner Group, accusing it of clandestine operations on the Kremlin’s behalf.

Russia’s President Vladimir Putin said there were no ties between Wagner and his government, although more than a dozen people with links to the group previously told Reuters it has carried out clandestine combat missions for Russia in Ukraine, Libya and Syria.

France estimated in January that between 300 and 400 Russian mercenaries were operating in Mali, while Sweden puts that figure at around 800.