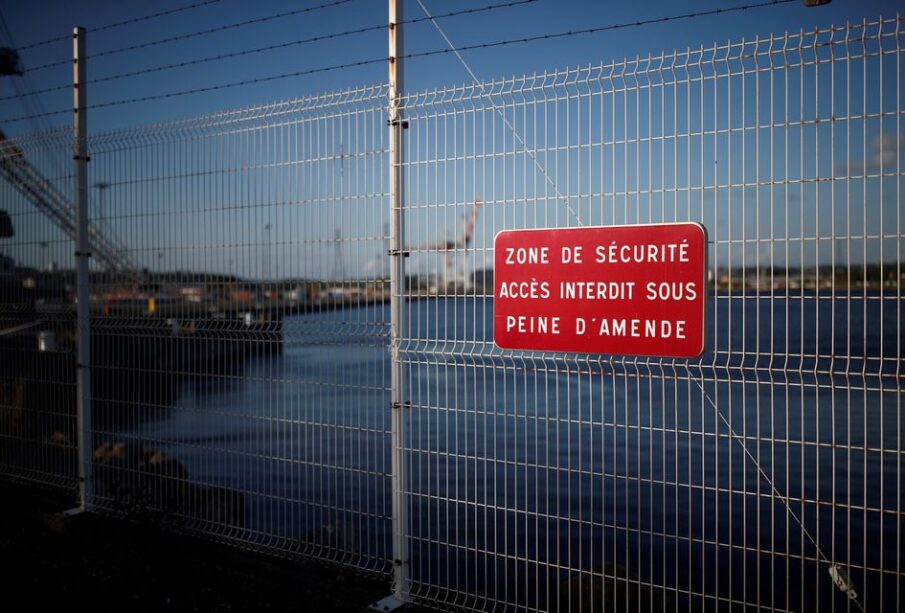 A sign reading "security area" is pictured at the entrance of the Port of Le Havre, France, May 9, 2019. REUTERS/Benoit Tessier

France seized on Thursday a British trawler fishing in its territorial waters without a licence and issued a verbal warning to a second vessel, amid a bitter row between the neighbours over access to fishing grounds after Brexit.

Furious that Britain has refused to grant its fishermen the full number of licences to operate inside British water that France says is warranted, Paris announced on Wednesday retaliatory measures if there was no progress in talks.

From Nov. 2, Paris said, it would impose extra customs checks on British goods entering France, raising the prospect of more economic pain ahead of Christmas for Britain, which is battling labour shortages and spiralling energy prices.

The government of President Emmanuel Macron is also reviewing a second volley of sanctions and does not exclude a review of its exports of electricity to Britain.

“It’s not war, but it is a fight,” France’s Seas Minister Annick Girardin told RTL radio.

French European Affairs Minister Clement Beaune said France would now use the language of force, as that appeared to be all Britain understood.

British Prime Minister Boris Johnson’s office did not immediately respond to a request for comment on the detained trawler.

Earlier, Britain said France’s planned acts of retaliation would be met with an appropriate and calibrated response.

“France’s threats are disappointing and disproportionate and not what we would expect from a close ally and partner,” a British government spokesman said.

French maritime gendarmes made multiple checks on fishing vessels off the northern French port of Le Havre overnight, the Maritime Ministry said, as France steps up surveillance during negotiations.

The seized trawler, now under the control of French judicial authorities, had been rerouted to Le Havre under a maritime police escort and was tied up at on the port’s quayside.

The vessel’s captain could face criminal charges, with his catch confiscated, the ministry added.

Britain has said it issued fishing licenses to vessels able to show a track record of operating in its waters in the years prior to its withdrawal from the European Union on Jan. 31, 2020.

Negotiations between Britain and the European Commission over the affair have continued this week.

French patience has worn thin over what officials call Britain’s failure to honour its word since Brexit, citing fishing and a demand to renegotiate the Northern Ireland protocol that aims to maintain the integrity of the EU single market.

Additional customs checks on goods travelling between Britain and the continent via the Channel Tunnel and ferries could seriously disrupt trade flows just as businesses stock up for the year-end festive period.