The Times of Earth, International Edition
0
1169 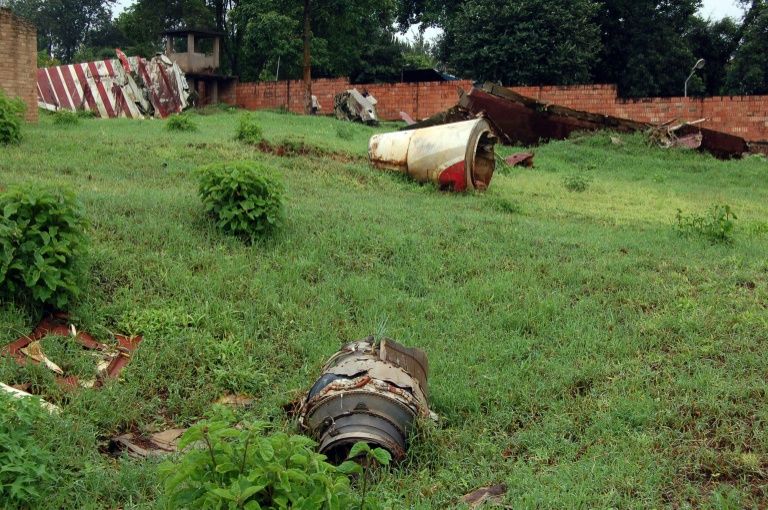 In 1994 the plane of the then-president, part of Rwanda's Hutu majority, was shot down, unleashing violence that would leave 800,000 people dead (AFP Photo/GERARD GAUDIN)

A French court will decide Friday whether to reopen an investigation into the assassination 26 years ago of Rwanda’s president in a plane downing that triggered the country’s 100-day genocide.

The appeals court in Paris has been asked to revisit a 2018 decision to throw out the probe against nine members and former members of incumbent President Paul Kagame’s entourage in a case that has poisoned relations between the two countries.

A plane carrying President Juvenal Habyarimana, from Rwanda’s Hutu majority, was shot down in Kigali on April 6, 1994, unleashing a killing spree that would leave 800,000 people, mainly Tutsis but also moderate Hutus, dead.

The plane was struck by at least one missile as it came in to land at Kigali, also killing Burundi’s president Cyprien Ntaryamira, another Hutu, on board.

A probe was opened in France in 1998 after a complaint by families of the French plane crew.

The investigation initially focused on allies of Kagame, a Tutsi who led the Rwandan Patriotic Front (RPF) rebel movement that came to power after defeating the extremist Hutu regime.

Kagame, who became Rwanda’s president in 2000, broke diplomatic ties with Paris between 2006 and 2009 after France issued arrest warrants for his allies.

Then in 2012, a report by French experts pinpointed the camp of Kanombe, controlled by Habyarimana’s army, as the missile launch site — shifting the investigation’s focus.

Kigali said that finding vindicated its belief that the attack was carried out by Hutu extremists who believed Habyarimana was too moderate and who opposed the Arusha peace process then under way.

As investigations dragged on, Kagame accused France ahead of the genocide’s 20th anniversary in 2014, of having played a “direct role” in the killing.

And in November 2016, Kigali launched an inquiry into the alleged role of 20 French officials in the genocide that began hours after the plane was brought down.

France has always denied the allegations and last year, President Emmanuel Macron announced the creation of a panel of historians and researchers to look into the claims.

In December 2018, French judges dropped their probe for lack of evidence.

Families of the victims of the missile attack, including Habyarimana’s widow Agathe, lodged an appeal against that ruling.

If the appeals judges agree Friday, the investigation can be reopened, or some or all of the suspects directed to appear before a criminal court for trial.

At a January hearing, however, prosecutors urged the court to confirm the 2018 decision to abandon the case.

“I believe that the past is behind us,” he told the Jeune Afrique weekly news magazine this week.

“Reopening a classified file is to invite problems,” he said. “If things are not definitively clarified, our relations are likely to suffer one way or another.