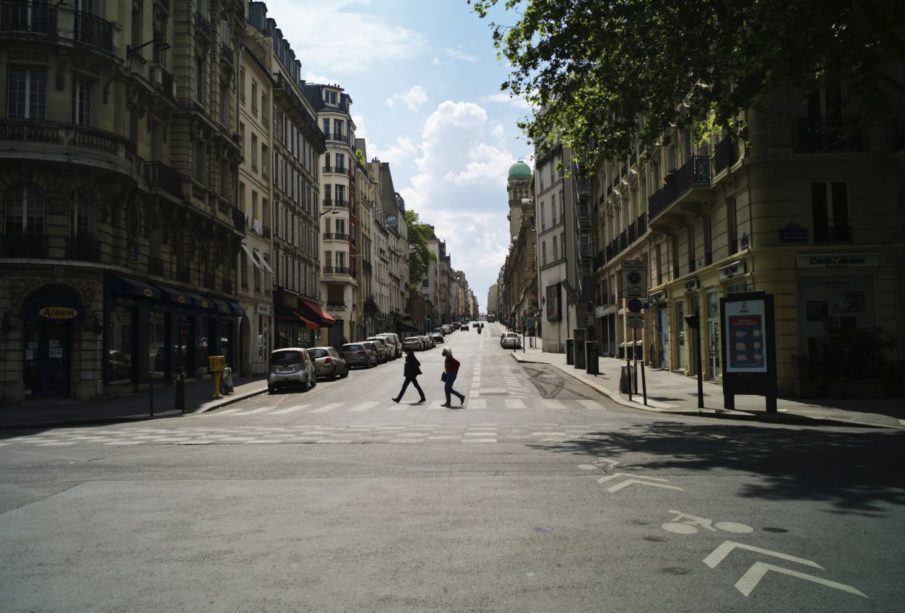 Some lockdown measures in France will be eased on 11 May if infection rates drop low enough, prime minister Edouard Philippe has announced. (AP)

France will aim to begin easing the coronavirus lockdown on 11 May, prime minister Edouard Philippe has announced.

The PM said restrictions will be eased on this date as long as new cases of the virus have dropped below 3,000 per day by then.

French people have been largely confined to their homes since mid-March to control the spread of COVID-19.

Philippe told the French parliament it was time for the country to be told how measures will be eased, and that keeping strict measures in place risked economic collapse.

Some schools and shops could begin to reopen on 11 May, Philippe said, though most citizens will still be encouraged to work from home.

Nurseries and primary schools will reopen nationwide on a voluntary basis and with limited class sizes.

Middle schools may be opened in areas with low rates of the virus, and the government will decide whether or not to open high schools at the end of May.

The wearing of masks will be encouraged, and Philippe promised that enough would be made available for citizens.

Non-essential shops will be allowed to reopen with the exception of stores in shopping centres, but all bars and restaurants will remain closed.

Face masks will be mandatory on public transport.

The government will also aim to carry out 700,000 tests per week, and to trace the contacts of anyone who tests positive.

Anyone who tests positive will be forced to isolated themselves for two weeks.

The prime minister said lockdown measures had saved tens of thousands of lives.

He said: “We are going to have to learn to live with the virus.

“We must learn to live with COVID-19 and to protect ourselves from it.”

The death toll in France is the fourth highest in the world. The number of confirmed deaths passed 23,000 on Monday.

Spain to phase out coronavirus lockdown, eyes normality by end-June