France and allies to withdraw troops from Mali 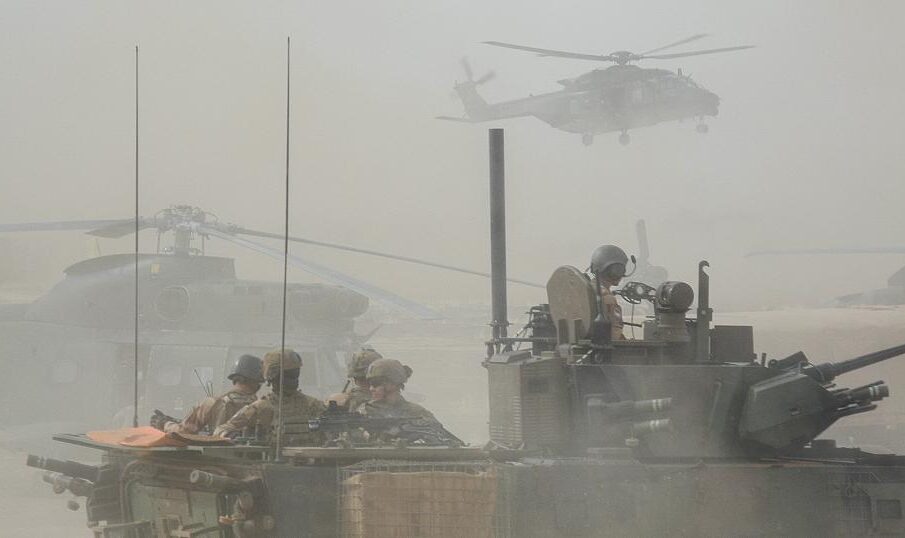 This file photo taken on March 27, 2019 shows a French armoured vehicle driving by helicopters during the start of the French Barkhane Force operation. - Copyright © africanews DAPHNE BENOIT/AFP or licensors

France and military allies said on Thursday they would leave Mali after almost a decade based there fighting Islamist insurgents around West Africa, moving instead to Niger despite public disenchantment with Paris’ role in the region.

Coups in Mali, Chad and Burkina Faso have weakened France’s alliances in its former colonies, emboldened jihadists who control large swathes of desert and scrubland, and opened the door to greater Russian influence.

Diplomats fear the exit of 2,400 French troops from Mali – the epicentre of violence in the Sahel region and strongholds of both al Qaeda and Islamic State affiliates – could worsen violence, destabilise neighbours and spur migration.

A French-led mission of 14 mainly European nations with 600-900 soldiers in Mali is also winding up.

President Emmanuel Macron said the withdrawal would take four to six months, during which time there would be fewer operations against jihadists.

But he denied France’s mission since 2013, after Islamists captured the fabled city of Timbuktu and imposed hardline sharia law around northern Mali, had been a failure.

The fight would continue from Niger which had agreed to host European forces on the border near Mali and Burkina Faso, Macron told a news conference. “The heart of this military operation will no longer be in Mali but in Niger … and perhaps in a more balanced way across all the countries of the region which want this (help),” he said.

On Wednesday night, Macron hosted a dinner in Paris with some 30 African and European officials to prepare for fallout.

Relations between Paris and Bamako have deteriorated since the ruling military junta went back on an agreement to organise an election in February and proposed holding power until 2025.

“I think that there has been no military solution, because terrorism has engulfed the entire territory of Mali,” he said.

That was echoed by some on the streets, where anti-French sentiment has grown in recent times. “They have been here for about 10 years and we don’t see any improvement in the security situation,” said Sidiki Bagayoko, a carpenter in Bamako.

“You can’t divorce like this,” he said, urging a rethink.

A statement from nations in the European Takuba special forces task force said the political, operational and legal conditions were no longer met for their engagement in Mali.

After France first intervened to drive back militants advancing on the capital, they have regrouped and are waging an increasingly bloody war across the region.

The insurgents have carried out deadly raids on some of the world’s poorest communities, often killing scores of civilians or troops in one strike. Thousands have died and over 2 million have fled their homes.

France had already begun reducing troops in the Sahel and wants to cut total numbers from 4,800 now to between 2,500-3,000. As well as Niger, it would keep operations in Chad and Burkina Faso, and use bases in Ivory Coast, Senegal and Gabon as back up.

There was no comment from Niger, which already hosts French, American, German and Italian forces.

France spends about 1 billion euros ($1.14 billion) a year on its mission in the Sahel where 59 soldiers have been killed, all but seven in Mali

One major unanswered question is the future of the 14,000-strong U.N. peacekeeping mission (MINUSMA) and hundreds of personnel in the European Union’s EUTM and EUCAP training missions which had relied on French troops for medical, aerial and emergency support.

France’s army spokesman Pascal Ianni said Paris would for now continue that support as long as Mali allowed it.

Furthermore, Paris wants its allies to support countries in the Gulf of Guinea, notably Ivory Coast, Togo, Benin and Ghana, where there are concerns militancy is spreading due to porous borders.