The Times of Earth, International Edition
0
277 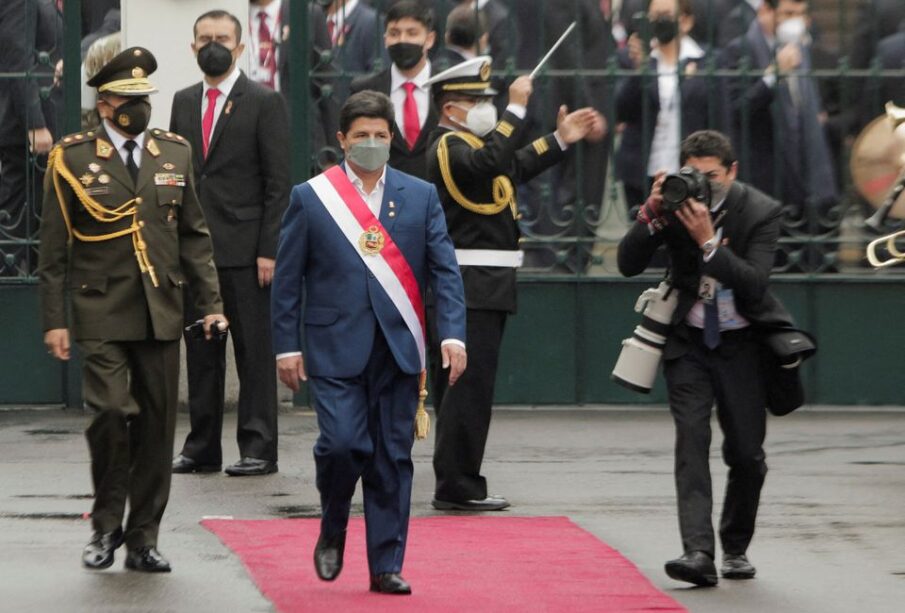 Peru's President Pedro Castillo walks, ahead of delivering his Independence Day address to the nation, outside the Legislative Palace in Lima, Peru July 28, 2022. REUTERS/Angela Ponce/File Photo

The governments of Mexico, Argentina, Ecuador and Bolivia on Saturday backed the continuation of Pedro Castillo’s presidency in Peru, where he is facing several criminal investigations and constant threats of impeachment.

“We reiterate our solidarity with the legitimately elected authorities,” the countries said in a joint statement. “We trust that all (Peruvian) political actors will prioritize building broad consensus.”

While his election spooked investors, Castillo has since moderated his stance, keeping technocrats in the key finance ministry. But he has cycled through many crises, including surviving two impeachment attempts and reshuffling his Cabinet many times.

He is also under six separate criminal investigations for, among other things, obstruction of justice in the firing of an interior minister. Opposition lawmakers have said they would like to launch a third impeachment attempt but acknowledge they do not have the votes to oust him.

Mexico, Argentina and Bolivia are led by left-wing governments that have supported Castillo in the past. Ecuador is led by center-right Guillermo Lasso.