Four killed in Russian attack on Ukrainian city of Mykolaiv

The Times of Earth, International Edition
0
233 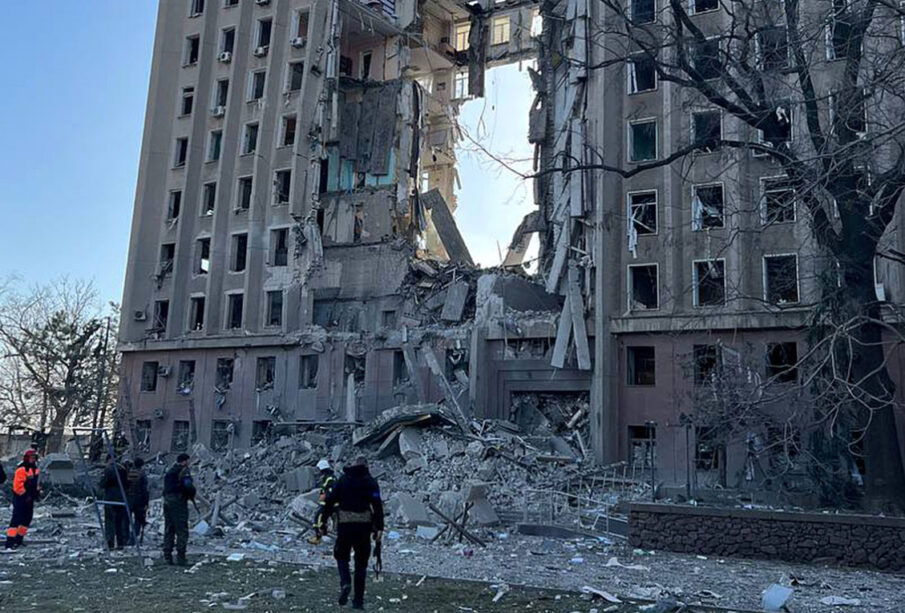 At least four people were killed and seven wounded in a Russian missile strike on the southeastern Ukrainian city of Mykolaiv on Friday, the regional governor said.

Vitaliy Kim, governor of the Mykolaiv region, said on the Telegram messaging app that at least some of the wounded had been near a public transport stop.

At least 16 die in ‘epic’ Kentucky floods, including 6 children