The Times of Earth, International Edition
0
156 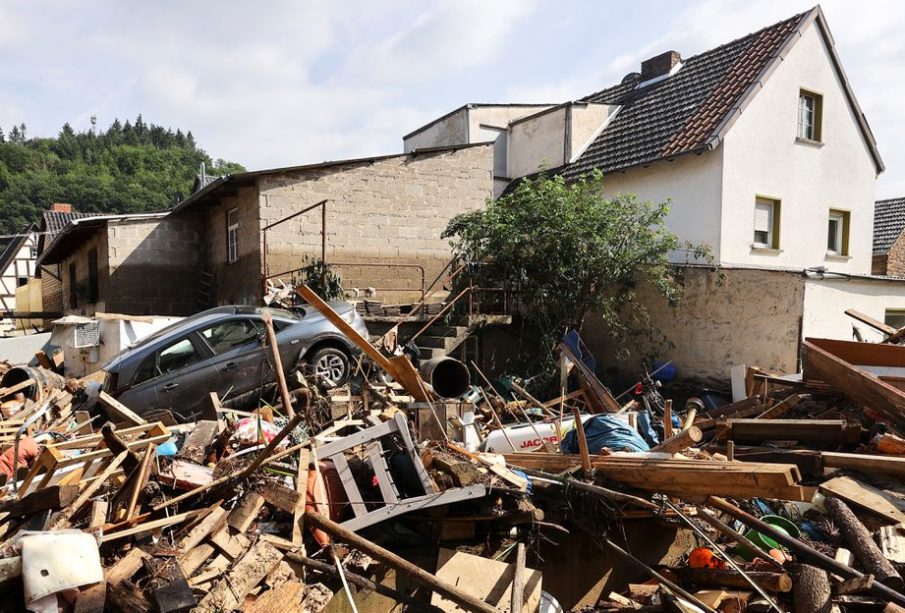 Flash floods hit southern Germany on Sunday, killing at least one person and adding to the flooding devastation that has claimed the lives of more than 180 people in Europe in recent days.

The Berchtesgadener Land district in Bavaria, which borders Austria, became the latest region to be hit by record rainfall and ensuing floods. Sunday’s death brought Germany’s death toll to 156 in its worst natural disaster in almost six decades, and the European toll to 183.

About 110 people have been killed in the worst-hit Ahrweiler district south of Cologne. More bodies are expected to be found there as the flood waters recede, police say.

The European floods, which began on Wednesday, have mainly hit the German states of Rhineland Palatinate, North Rhine-Westphalia as well as parts of Belgium. Entire communities have been cut off, without power or communications.

In North Rhine-Westphalia at least 45 people have died, while the death toll in Belgium stood at 27.

“There is huge damage and that much is clear: those who lost their businesses, their houses, cannot stem the losses alone,” he said.

There could also be a 10,000 euro short-term relief payment for small businesses affected by the impact of the floods as well as the COVID-19 pandemic, Economy Minister Peter Altmaier told the paper.

Scientists have long said that climate change will lead to heavier downpours. But determining its role in these relentless rainfalls will take several weeks to research at least, scientists said on Friday.

In Belgium, which will hold a national day of mourning on Tuesday, water levels were falling on Sunday and the clean-up operation was underway. The military was sent in to the eastern town of Pepinster, where a dozen buildings have collapsed, to search for any further victims.

Tens of thousands of people are without electricity and Belgian authorities said the supply of clean drinking water was also a big concern.

Emergency services in the Netherlands remained on alert as water levels are still high throughout the southern province of Limburg where tens of thousands of people have been evacuated.

In the southern part of Limburg, water levels in the Meuse river have dropped slightly, making dyke inspections possible. If the structures pass muster, people could be allowed to return home, the regional safety board said.

“After the inspection we will speak with the affected towns that are considered safe enough,” Hub Haenen of the regional safety board told local L1 radio. He added that a return would be very gradual, possibly even street by street.

Tens of thousands of residents in the region have been evacuated in the past three days, while soldiers, firefighters and volunteers helped enforce dykes.

The Netherlands has so far only reported property damage from the flooding and no dead or missing people.

In Hallein, an Austrian town near Salzburg, powerful flood waters tore through the town centre on Saturday evening as the Salzach river burst its banks, but no injuries were reported.

Many areas of Salzburg province and neighbouring provinces remain on alert, with rains set to continue on Sunday. Western Tyrol province reported that water levels in some areas were at highs not seen for more than 30 years.

Parts of Switzerland remained on flood alert, though the threat posed by some of the most at-risk bodies of water like Lake Lucerne and Bern’s Aare river has eased.

Landslides kill at least 30 in Mumbai after heavy rains