The Times of Earth, International Edition
0
128 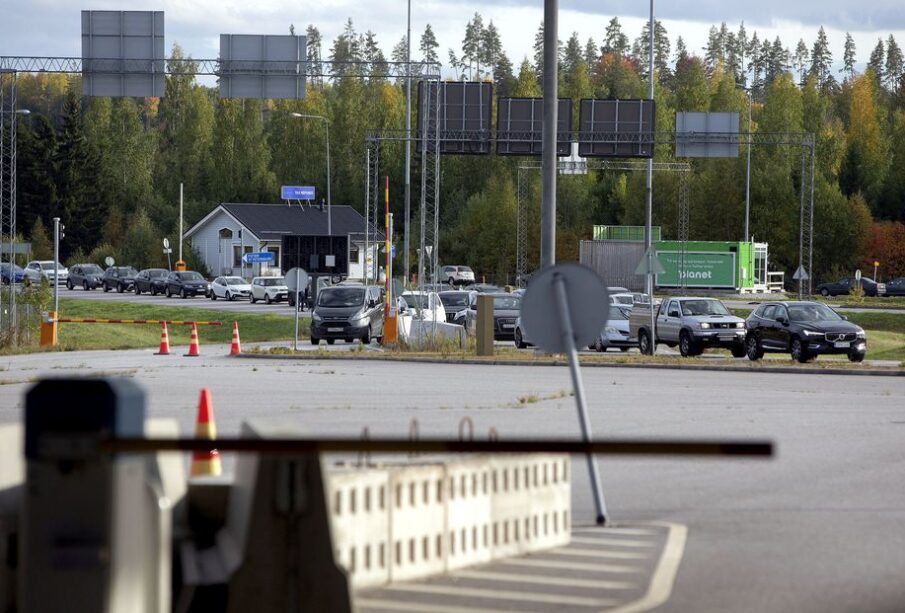 Cars queue to cross the border from Russia to Finland at the Nuijamaa border check point in Lappeenranta, Finland, September 22, 2022. Lauri Heino/Lehtikuva/via REUTERS

Traffic into Finland across its southeastern border with Russia was busy on Friday, the border guard told Reuters, adding that the number of Russians who entered the previous day was more than double the number who arrived the week before.

Finland is considering barring most Russians from entering as traffic arriving from its eastern neighbour “intensified” on Thursday following President Vladimir Putin’s order for a partial military mobilisation.

“This morning it remains busy … maybe increasing a little bit from yesterday,” a spokesperson for the border guard said early on Friday.

About 7,000 people entered from Russia on Thursday, some 6,000 of them Russian, meaning a 107% increase compared with the same day a week earlier, according to the border guard.

Three people had sought asylum on Thursday. None had the week before, it said.

Finnish land border crossings have remained among the few entry points into Europe for Russians after a string of countries shut both physical frontiers and their air space to Russian planes in response to Russia’s invasion of Ukraine.

Friday’s queue was longest at the busy Vaalimaa crossing with cars lining up for about 500 metres, which was longer than on Thursday, the spokesperson said. Lines were also “longer than normal” at the second-biggest Nuijamaa crossing.