The Times of Earth, International Edition
0
636 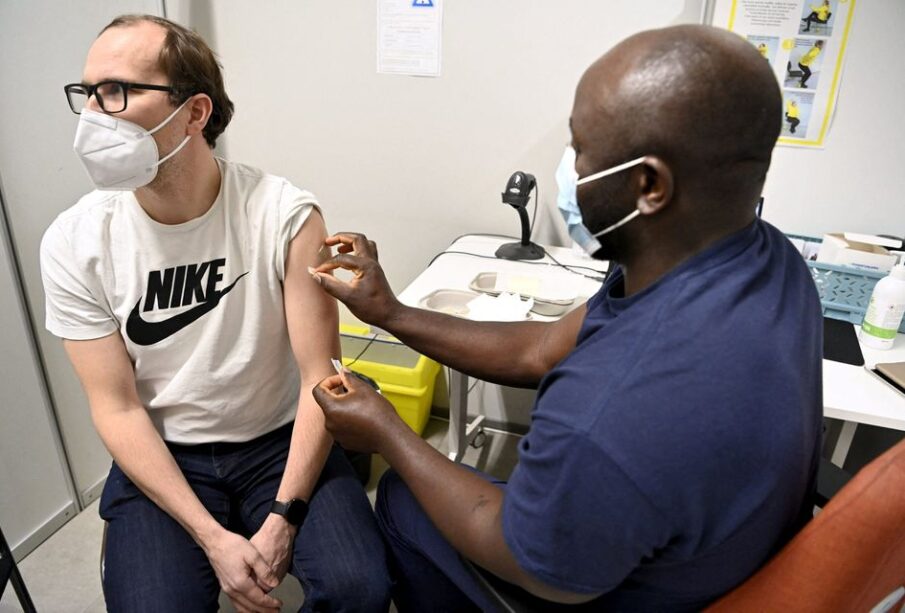 A man receives a booster dose of the coronavirus disease (COVID-19) vaccine at the vaccine center in Espoo, Finland, January 4, 2022. Lehtikuva/Jussi Nukari/via REUTERS

Finland will begin gradually easing COVID-19 restrictions from Feb. 1 instead of mid-February as initially planned as the burden on its hospitals eases, the government said late on Thursday.

On Jan. 18, Prime Minister Sanna Marin said Finland would begin scaling back restrictions from mid-February, but signs of stabilization in the infection rate caused by the Omicron variant of the virus led the government to alter its plan.

“The burden on intensive care units has taken a turn in a better direction,” Finland’s minister for health and social affairs Hanna Sarkkinen told reporters.

The government decided to start the cautious easing by loosening restrictions on the hours restaurants can remain open to 9 p.m. from a mandatory 6 p.m. closure currently in place, Sarkkinen said.

It also recommended local authorities allow reopening of cultural and sports venues such as gyms, swimming pools and theatres from the beginning of February.

Finland remains among the countries least affected by the pandemic. According to health institute data, the nation of 5.5 million people has to date recorded 470,665 COVID-19 cases and 1,919 related deaths.