The Times of Earth, International Edition
0
507 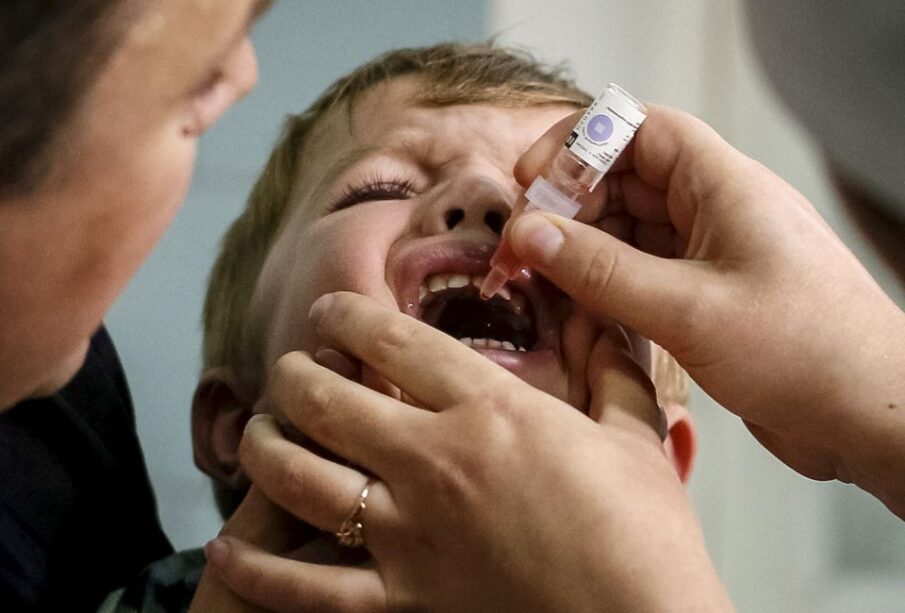 Ukraine is running low on critical medical supplies and has had to halt urgent efforts to curb a polio outbreak since Russia invaded the country, public health experts say.

Medical needs are already acute, with the World Health Organization warning on Sunday that oxygen supplies were running out.

Fears of a wider public health crisis are growing as people flee their homes, health services are interrupted and supplies fail to reach Ukraine, which has also been hit by the COVID-19 pandemic.

WHO spokesperson Tarik Jasarevic said on Monday routine immunisation and outbreak control efforts for polio had been suspended in Ukraine because of the fighting. WHO has received reports that coronavirus vaccination campaigns have also been put on hold in many parts of the country, he said.

Last October, Ukraine found the first polio case in Europe for five years – a 17-month old toddler who was paralysed – and another case involving paralysis was found in January.

Nineteen more children have been identified with the vaccine-derived form of polio but without symptoms of paralysis.

A nationwide polio immunisation campaign to reach the 100,000 children still unprotected in Ukraine began on Feb. 1, but has been halted since fighting began and as health authorities shift to emergency care. read more

The WHO said electricity shortages in some areas had affected the safety of vaccine stock, and surveillance had been disrupted.

“WHO is working to urgently develop contingency plans to support Ukraine and prevent further spread of polio caused by the conflict,” said Jasarevic.

Russia calls its actions in Ukraine a “special operation” to destroy its neighbour’s military capabilities and capture what it regards as dangerous nationalists. It denies targeting civilians.

The U.N. agency for HIV/AIDS has said there is less than a month’s worth of drugs for HIV patients left in Ukraine.

“People living with HIV in Ukraine only have a few weeks of antiretroviral therapy remaining with them, and without continuous access their lives are at risk,” said UNAIDS Executive Director Winnie Byanyima.

Before Russia’s invasion began last week, Ukraine had 250,000 people living with HIV, the second-largest number in Europe after Russia.

It also had high rates of tuberculosis, including one of the highest rates of multi-drug resistant TB in the world. There are an estimated 30,000 new TB cases annually in Ukraine.

Ukraine’s government and the Stop TB Partnership, an international initiative, said on Monday all TB clinics in the country were still open, but patients had been given a month-long supply of drugs to take away with them in case the situation worsened or it was dangerous to travel to clinic.

Enough treatments are available for existing and projected new patients until the end of 2022, Stop TB said, although the organisation is working with the WHO on potential emergency orders for neighbouring countries.

Interruptions in treatment or diagnosis can drive up wider transmission as well as risk patients’ lives, experts say.

COVID-19 is also still a concern, with only just over one in three people fully vaccinated against the virus disease. Daily new cases hit a peak of around 40,000 in February but were declining before reporting stopped after Russia’s invasion.

Humanitarian relief organisation Project HOPE said on Monday pharmacies in all cities under attack were reporting running out of medical supplies.