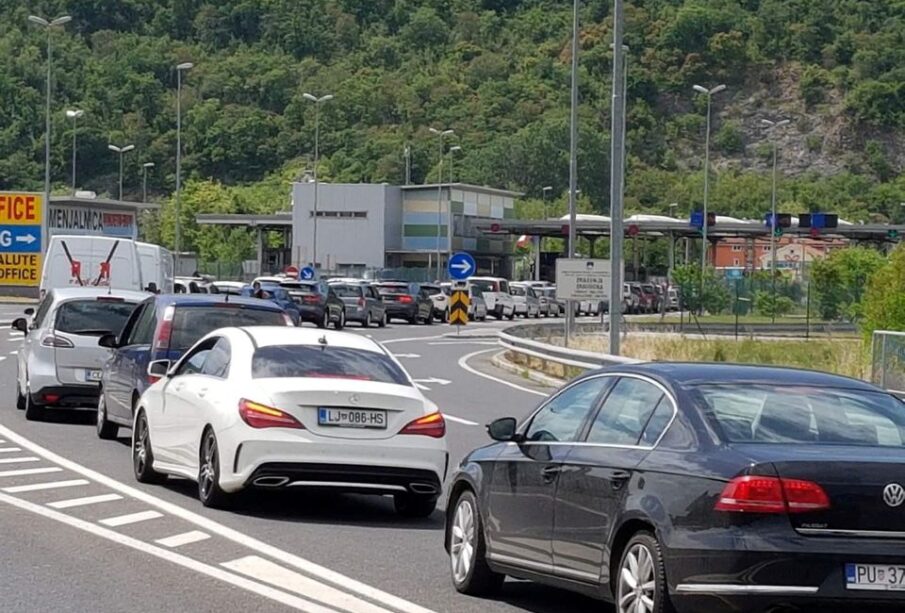 Cars queue at the Slovenia-Croatia border in Dragonja, Slovenia May 15, 2020 REUTERS/Stringer/File Photo

Opposition led by Austria is set to prevent Bulgaria and Romania from winning approval on Thursday to join Europe’s control-free travel zone, though its 26 member countries are expected to admit Croatia.

The so-called Schengen zone – a pact between countries to abolish border checks for those travelling between their territories – is among the top achievements of European integration.

But it has increasingly fallen under pressure over the last decade as limiting its member states’ ability to keep a close lid on migration and track down security threats effectively.

Austrian Chancellor Karl Nehammer said earlier this week that Vienna opposed allowing Romania and Bulgaria into Schengen, a club made up of 22 European Union countries, as well as Iceland, Liechtenstein, Norway and Switzerland.

“We need more time. At the moment, we have 75,000 unregistered illegal migrants in Austria – meaning they have crossed an external EU border and made it to Austria. This needs to be solved first,” he said.

That is despite the EU’s executive European Commission repeatedly stating all three countries met the necessary technical requirements that have to do with border controls, data protection and visa policies, among others.

A Romanian government source said Bucharest was committed to securing a decision from the meeting of interior affairs ministers in Brussels on Thursday in favour of enlargement.

“Austria is completely isolated on a European level. We will not stop until we have exhausted all the possible ways of action on this topic,” said the source.

The Netherlands sides with Austria in opposing the granting of access to Bulgaria, with the Hague citing concerns over governance and migration.

Since all member countries must agree for a candidate country to be able to join Schengen, Romania and Bulgaria were in for a disappointment on Thursday.

“Croatia can expect a positive decision but Romania, and especially Buglaria will not be able to join Schengen yet,” said an EU diplomat. “They will be left out for at least another half-a-year to a year before we can revisit the issue.”