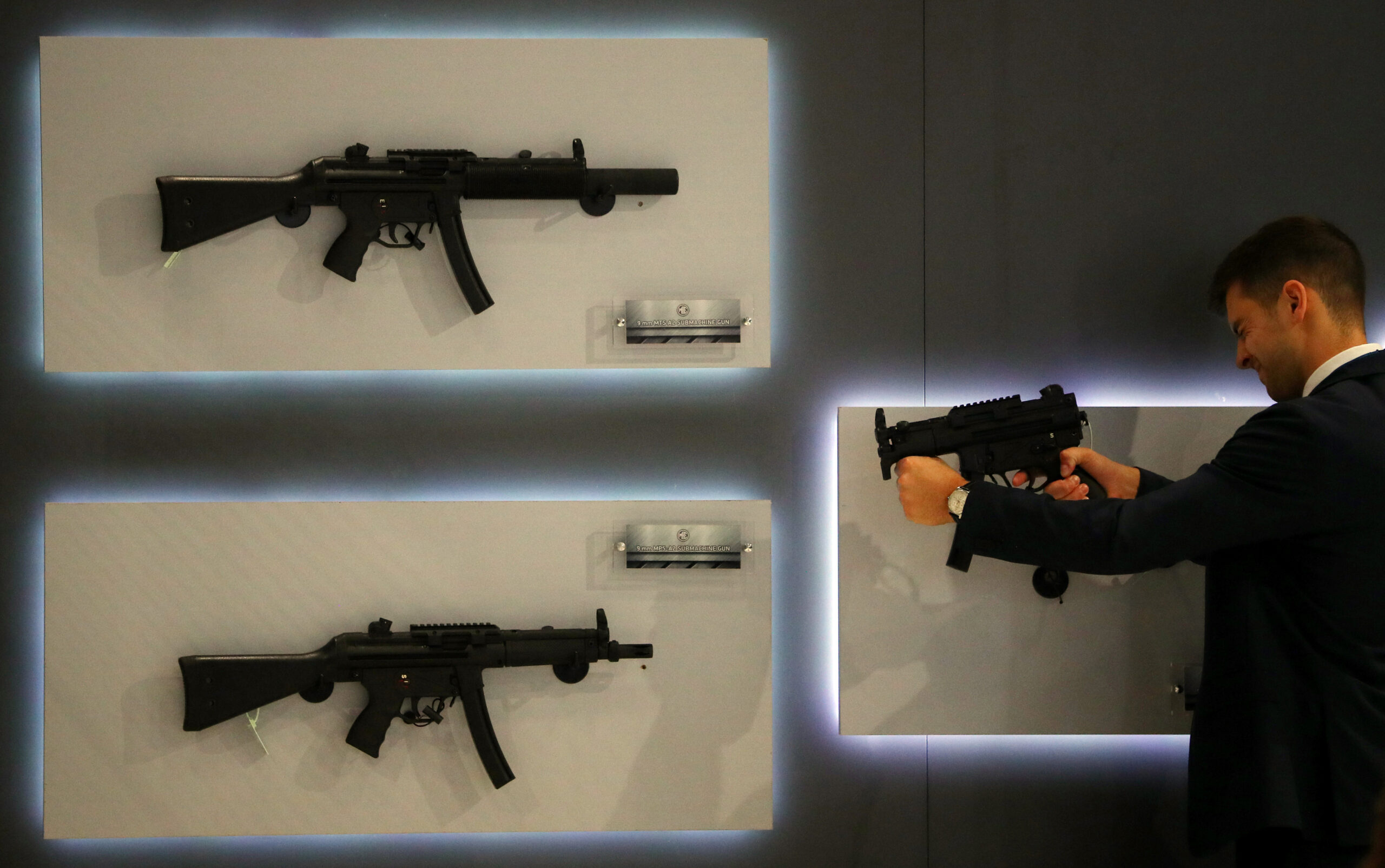 A visitor looks at an MP5K sub-machine gun at the Defence and Security Equipment International trade show in London, Britain, September 12, 2017. REUTERS/Hannah McKay

Arms shipments to Europe jumped amid deteriorating relations with Russia in the five years through 2021, even as the global arms trade slowed, the Stockholm International Peace Research Institute (SIPRI) think-tank said on Monday.

Compared with the previous five-year period, international transfers of major arms shrank 5% globally, SIPRI said in a statement. But imports to states in Europe increased 19% – the biggest growth in any world region.

“The severe deterioration in relations between most European states and Russia was an important driver of growth in European arms imports, especially for states that cannot meet all their requirements through their national arms industries,” SIPRI researcher Pieter Wezeman said.

Britain, Norway and the Netherlands were Europe’s biggest importers, it said. Ukraine’s imports of major arms were very limited in the period despite tensions with Russia in the run-up to Moscow’s invasion of Ukraine last month.

“Other European states are also expected to increase their arms imports significantly over the coming decade, having recently placed large orders for major arms, in particular combat aircraft from the USA,” the think-tank said.

The United States remained the world’s biggest arms exporter, growing its market share to 39% from 32%.

SIPRI’s data is based on information and estimates on international arms transfers including sales, gifts and production under licence and reflects delivery volumes, not the financial value of deals.

More Ukraine-Russia talks scheduled as attack on base kills dozens