The Times of Earth, International Edition
0
731 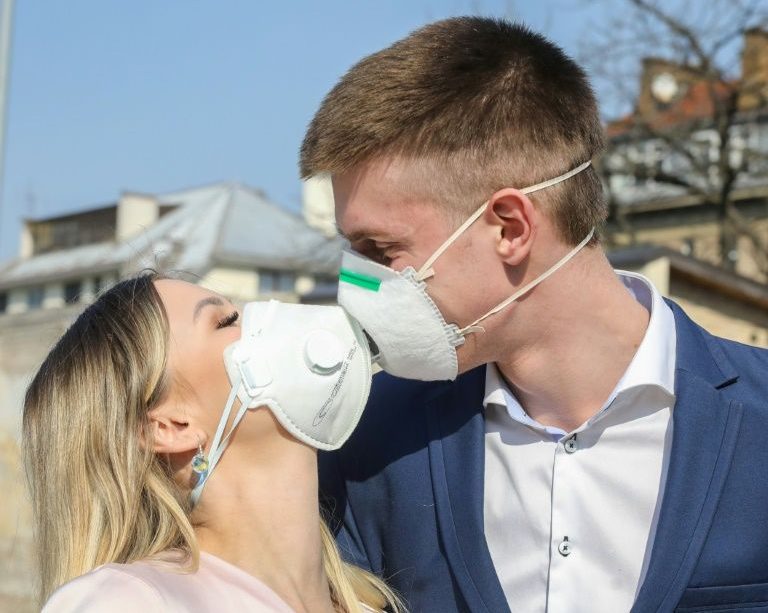 The coronavirus death toll shot past 20,000 in Europe on Saturday, with Italy and Spain each reporting more than 800 dead in one day, as US President Donald Trump said he is considering putting hard-hit New York and parts of two other states under quarantine.

Up to one-third of the world’s population is now under lockdown as the virus leaves its devastating imprint on nearly every aspect of society: wiping out millions of jobs, straining healthcare services and weighing heavily on national treasuries for years to come.

Globally, the death toll has surged past 30,000 — two-thirds of those in Europe — and officials in some countries say the worst still lies ahead.

But the Chinese city of Wuhan, where the outbreak began, has begun to return to normality, with partial train service restored.-

Trump’s announcement that he was considering a “quarantine” for New York state, as well as neighboring New Jersey and part of Connecticut, was met with some surprise. New York Governor Andrew Cuomo said he knew nothing about it.

Health officials say they fear New York may follow the deadly path charted by Italy, with health professionals exhausted and hospitals desperately short of protective equipment and the ventilators that keep the sickest alive. New York alone has more than 50,000 confirmed cases.

Nurses at one New York hospital staged a protest, saying they had been forced to wear a single protective mask for an entire week. CNN reported that an infant in Chicago had died of COVID-19, the youngest known victim in the US.

The United States now has the highest number of confirmed COVID-19 cases in the world, at 115,547, with 1,891 deaths, including a record 453 in the last 24 hours, according to a tally from Johns Hopkins University.

But European nations are even harder hit on a per capita basis, with 20,059 deaths.

Spain, which has the world’s second-highest death toll, added 832 deaths for a total 5,812.

Madrid toughened a nationwide lockdown, halting all non-essential activities, though officials said the epidemic in the country seemed to be nearing a peak.

Russia, which has reported relatively low levels of the virus, said it would close its borders Monday in an attempt to slow the pandemic’s spread.

More than 640,770 cases of the novel coronavirus have been officially recorded around the world since the outbreak began late last year, according to an AFP tally.

Variations in testing regimes — and delays in providing sufficient tests in some countries — mean the true number is likely far higher.

In France, which has seen close to 2,000 deaths, Prime Minister Edouard Philippe warned the “battle” was just beginning. The first two weeks in April would be even tougher than the past fortnight, he said.

The British toll passed 1,000 on Saturday.

Elsewhere, Iran announced 139 more deaths and India sealed off a dozen Punjab villages that had been visited by a guru now known to be infected and a possible “super-spreader”.

South African police resorted to rubber bullets in Johannesburg to enforce social distancing on a crowd queuing for supplies outside a supermarket during a national lockdown.

However, two months of almost total isolation appear to have paid off in Wuhan, the Chinese city where the virus first emerged.

Residents have been subject to dramatic restrictions on daily life and forbidden to leave the city since January, but on Saturday, people were allowed to enter Wuhan and most of the subway network restarted. Some shops were set to reopen.

In the US, Trump invoked emergency powers on Friday to force automaker General Motors to produce medical equipment. With 60 percent of the US in lockdown, the president signed the largest relief package in US history, worth $2 trillion — with more seen as likely in coming months.

His announcement Saturday on quarantines prompted considerable confusion, however.

Without fully explaining the idea, Trump said the move would aim partly to stem a large flow of people fleeing New York for Florida in recent weeks. He said a quarantine would be “enforceable,” but did not say how.

But Cuomo, asked during a news briefing about such restrictions, said, “I haven’t had those conversations (with Trump). I don’t even know what that means.”

In Italy, one coronavirus sufferer, a cardiologist from Rome who has since recovered, recalled his hellish experience.

“The treatment for the oxygen therapy is painful, looking for the radial artery is difficult. Desperate other patients were crying out, ‘Enough, enough’,” he told AFP.

Infection rates in Italy are on a downward trend, with the head of the national health institute Silvio Brusaferro predicting a peak “in the next few days”.

Belgium and Luxembourg saw a steep climb in deaths, with 353 recorded in the former on Saturday — up from 289 the day before — and 15 in the grand duchy, up from nine.

Europe has suffered the brunt of the coronavirus crisis in recent weeks, with millions across the continent on lockdown and the streets of Paris, Rome and Madrid eerily empty.

Meanwhile, other countries across the world were bracing for the virus’s full impact.

As even rich countries struggle, aid groups warn the toll could be in the millions in low-income countries and war zones such as Syria and Yemen, where healthcare systems are in tatters.