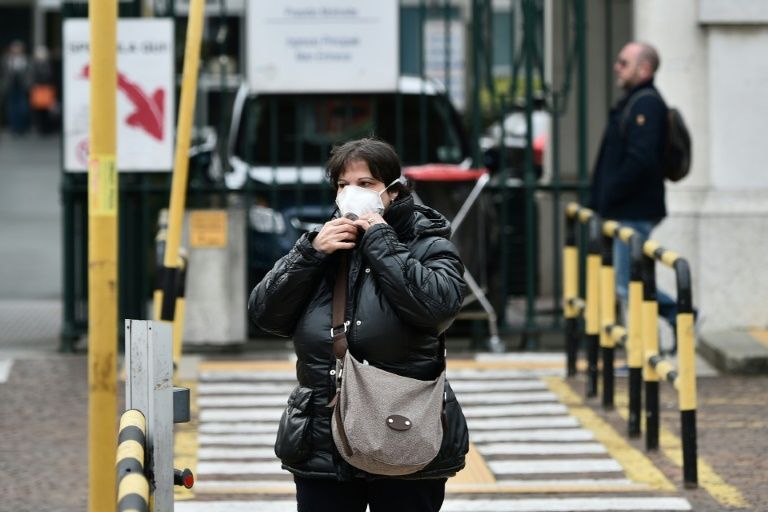 Italy’s prime minister promised “massive shock therapy” to beat the coronavirus on Monday and urged Europe to act decisively after markets plunged and his country sealed off much of its wealthy industrial north.

France echoed Giuseppe Conte’s call for action, saying Europe must come up with a “strong, massive and coordinated response” and euro zone finance ministers, meeting next week, must decide on a stimulus plan to avoid economic crisis.

Stocks have fallen worldwide as the virus has spread, cutting global supply lines and crippling industry.-

They plummeted again on Monday as prices for crude oil tumbled as much as 33% after Saudi Arabia launched a price war with Russia, sending investors already worried by the coronavirus fleeing for the safety of bonds and the Japanese yen.

U.S. stock futures fell 5% to hit their daily lower limit and halt trading. London’s FTSE 100 shed 8.4 per cent a few minutes after the open in its worst single-day drop since the financial crisis.

In little more than two weeks, the number of recorded coronavirus cases in Italy has surged to 7,375, with 366 deaths, the second-highest death toll after China, putting the health system under huge strain.

“We will not stop here,” Conte told the daily La Repubblica. “We will use a massive shock therapy. To come out of this emergency we will use all human and economic resources.”

He said strict European Union borrowing limits should be loosened to allow more fiscal room for manoeuvre, and that the flexibility envisaged by the EU’s budget rules should be used “in full”.

“Europe cannot think of confronting an extraordinary situation with ordinary measures,” he said.

The virus emerged in China in December but has since spread around the world. Flights have been cancelled, communities from cities to cruise liners have been isolated, and concerts, trade fairs and sporting events postponed. Even the Tokyo Summer Olympics are in doubt.

More than 110,000 people have been infected in 105 countries and territories and 3,800 have died, the vast majority in mainland China, according to a Reuters tally.

With Italy’s economy already on the brink of recession, its new curbs, unprecedented in Italy’s post-war history, halt movement in and out of Lombardy, which is the richest and most economically productive region and includes Milan, and close many public spaces.

Bars and restaurants were ordered to close or to restrict entry and maintain a distance of at least a metre between people on their premises. Major sporting events, including top-flight Serie A football, will be played without spectators for a month.

France had 1,126 confirmed coronavirus cases and 19 deaths as of Sunday evening. The central bank estimated the economy would barely grow in the first quarter from the previous three months and warned of a potentially severe slowdown.

But China and South Korea, Asia’s second-worst hit country, have both reported a slowdown in new infections.

Mainland China, outside the epicentre of Hubei province, reported no new locally transmitted coronavirus cases for the second day on Monday, but a top Communist Party official warned against reducing vigilance.

The Korea Centers for Disease Control and Prevention on Monday reported 165 new coronavirus cases in South Korea, bringing the national tally to 7,478, while the death toll rose by one to 51.

The rate of increase in new infections fell to its lowest level in 11 days, prompting President Moon Jae-in to say South Korea can enter the “phase of stability” soon if it continues to reduce the number of new cases.

Iran, with 7,161 cases and 237 deaths, the third highest toll after China and Italy, released about 70,000 prisoners because of the coronavirus, judiciary chief Ebrahim Raisi said on Monday, according to Mizan, the news site of the judiciary.

“The release of the prisoners, to the point where it doesn’t create insecurity in society … will continue,” he said.

Italy said Monday its month-long lockdown of northern regions responsible for 40 percent of overall production was designed to save the rest of the economy from falling victim to the new coronavirus.

But the Italian Stock Exchange — propelled by broader declines linked to the oil market’s collapse — took little comfort from the government’s quarantine measures.

Stocks were down more than 10 percent in mid-afternoon trade and the shares of Italy’s Unicredit banking giant were down almost 15 percent.

The epidemic has managed to wipe out almost the entire 28 percent gain the Milan exchanged built up last year.-

Italian leaders had been watching in anguish as COVID-19 kept killing dozens of people daily in areas around the tourist hotspot Venice and the financial capital Milan.

The toll shot up by 133 on Sunday to 366 — briefly the most outside China itself.

The government had by then decided to ring-fence more than 15 million people who live in the industrial heartland of Lombardy and surrounding areas until April 3.

Italy’s economy and finance ministry openly conceded Monday that an effective quarantine of the northern quarter of the population would deliver a short-term shock.

But it also argued that this was the bitter pill Italy had to swallow for its economy to survive.

“A temporary downturn in some sectors or areas of the country is preferable to a longer crisis that could spread to the whole economy via demand and supply effects,” the ministry said a statement.

“These days, I have been thinking about the old speeches of Churchill — it is our darkest hour but we will make it,” Conte told La Repubblica newspaper.

Churchill coined the “darkest hour” phrase to describe the moment during World War II when Britain had no allies and had to fight on alone against the Nazis.

Italy is preparing a 7.5-billion-euro ($8.6-billion) package aimed at helping out the devastated tourism industry and other sectors especially hard-hit by disruptions in global supply chains.

“Support measures will be adequate to the difficult circumstances and aimed at preventing lasting damage to the supply side of the Italian economy and permanent employment losses,” the economy and finance ministry said.

Yet some analysts doubt that cash injections can help an economy suffering from the consequences of a global epidemic.

Schmieding also questioned whether the Italian lockdown — seemingly less restrictive and less punitively enforced than the one China imposed on Wuhan — would actually work.

“With luck, the Italian response can at least help to slow down the advance of the virus,” said Schmieding.

“However, beyond the direct impact on activity, the Italian measures… are likely to weigh significantly further on confidence near-term.”

Berenberg revised down its second quarter forecast for Italy to a decline of 1.0 percent of gross domestic product (GDP).

The economy and finance ministry admitted that its measures will “particularly impact sectors tied to transport, lodging, food and drink, entertainment and social life.”

The government is shutting down bars and museums nationwide in an effort to limit crowds.

Everything from the Colosseum and Vatican Museums to Mount Vesuvius near Naples are closed for the coming four weeks.

The tourism sector’s 13 percent contribution to Italy’s GDP is expected to shrivel.

But the economic and finance ministry looked for the silver lining in its efforts to calm the markets.

“It should be emphasised that the core sectors of the economy and the public administration will remain open for business even in the restricted areas of the country,” it said.